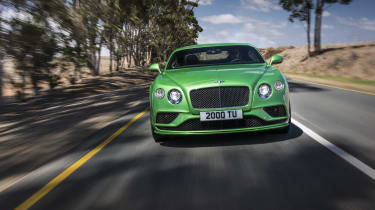 Bentley has unveiled details of its facelifted Continental GT and Flying Spur. Both cars will benefit from a revised exterior, interior and a number of new power upgrades.

The Continental GT W12 gains a power hike up to 582bhp and 531 lb ft of torque. Continental GTs will also have a new front bumper, revised radiator shell and a set of badging that shows the car's engine type. 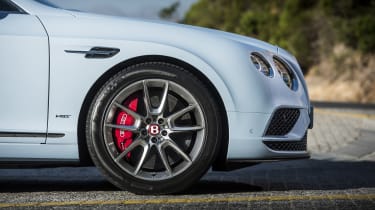 Perhaps most exciting to evo readers is the move towards a new more sports-centric steering wheel, which will now be available as an option alongside a bigger set of gearshit paddles.

For performance variants of the Continental GT - the V8 S and GT Speed, a new look rear diffuser has also been launched.

For the Flying Spur, Bentley has opted for a revised interior, which includes the likes of optional built in Wi-Fi and a different steering wheel. 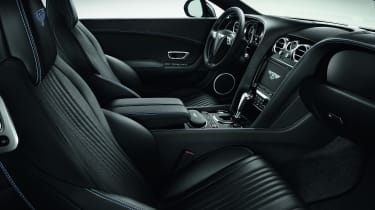 You can expect more on the new look Continental GT and Flying Spur from the Geneva Motor Show. For those interested in the new facelifted versions, deliveries are set to begin in Summer.