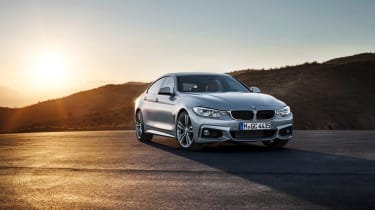 BMW has introduced a range of new and revised engines to the 3-series and 4-series ranges ready for this spring.

Freshest of the bunch is an all-new 2-litre four-cylinder diesel, found in the BMW 325d saloon and Touring, and the 425d Coupe, Convertible and Gran Coupe.

The unit adopts all of BMW’s latest diesel technologies, including multi-stage turbocharging under the TwinPower Turbo banner, common-rail direct injection and a choice of six-speed manual or eight-speed Steptronic automatic transmissions. It’s suitably powerful, with 221bhp at the behest of your right foot, as well as 332lb ft of torque.

They’re frugal too – up to 64.2mpg combined, in saloon and coupe formats with the automatic gearbox. CO2 drops to 116g/km at its lowest.

Less frugal but quicker still – and doubtless more pleasing on the ears – is the new BMW 440i Coupe, Convertible and Gran Coupe. 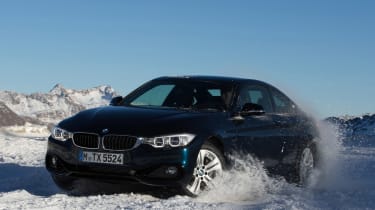 A manual gearbox is standard and an eight-speed Steptronic optional. As has become traditional, it’s the auto that’s quicker of the pair: Five seconds flat to 62mph, to the manual’s 5.2. The automatic Gran Coupe records a figure of 5.1sec and the Convertible manages the sprint in 5.4sec. All headbutt the limiter at 155mph.

Despite the performance potential, economy of up to 42.8mpg is possible in the 440i Coupe – again with the automatic ‘box, with CO2 figures as low as 154g/km.

A new range of four-cylinder, turbocharged petrol engines also joins the 4-series range, badged 420i with a 181bhp power output and 430i in 248bhp form. Once again, performance and economy improvements are claimed over each car’s predecessor.

It’s not all about engines however. BMW has also announced details of a new Open Air package for both the 4-series Convertible and M4 Convertible. This includes a heated steering wheel, neck warmer, wind deflector, improved HiFi speaker system, and a through-loading system in the rear seats for items like skis.

Pricing and full specification details will be revealed closer to the revised models' introduction this spring.