Get your hands on an XI without getting them dirty 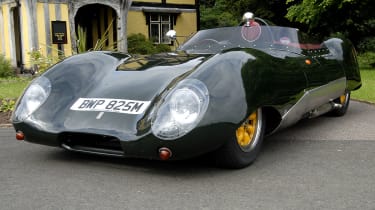 The XI is an unlikely evo hero, what with it’s 65bhp A-series engine, useless brakes and hopelessly low levels of grip. But the driving experience is so delicately detailed, so exploitable and involving, that we spent three months locked in a garage building our own. With the XI only available in the most basic of kit form (bodywork, suspension and a chassis – it was up to you to find an MG Midget donor car), that was, after all, the only way to get your backside into one. Until now.

To celebrate Westfield reaching its 25th anniversary, a limited run of 25 XIs are being built at the company’s Kingswinford base. Finished in almost the exact same spec as the car we built, it unsurprisingly feels just like ours, but then that’s no bad thing. In fact it’s a very good thing.

The £16,950 price tag includes a reconditioned 1275cc motor, a Mountney wooden steering wheel, yellow split-rim wheels and a smoked screen. It looks very pretty and just a short drive was enough for us to start missing ours. Badly.