It's the year's biggest group test: video action from evo Car of the Year 2013, in association with Michelin 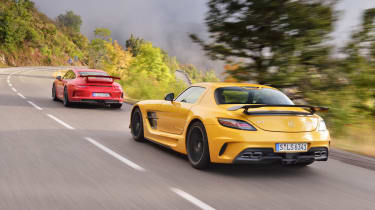 And that’s the easy part done, the victorious quartet then driving 800 miles to the South of France to meet the Ferrari F12 Berlinetta, Porsche 911 GT3, Mercedes SLS AMG Black Series and Alfa Romeo 4C, each being driven from their hometown to meet our road test team as the driving, squabbling and eventual judging begins.

Join Jethro Bovingdon as he takes us through the eight cars all in with a shot at the evo Car of the Year 2013 title. Which one is your money on?