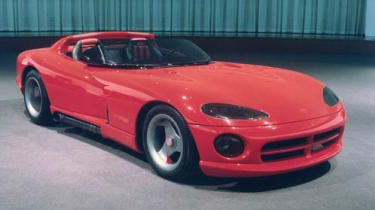 The Dodge Viper has had a pretty storied history, and it’s a car that’s knee-deep in racing heritage. As soon as the first Viper went on sale in the early 1990s, teams have been tweaking and developing the car for motorsport. The introduction of the Viper GTS coupe in 1995 made the car stiffer and a more capable handler for racing, while the GTS-R – purpose built for competition – was revealed a year later, 57 of them sold over the next eight years. Thanks to victories at the 24 Hours of Daytona and the Nurburgring 24 Hours, as well as class wins at Le Mans, it’ll be remembered as a successful racer worldwide. Its history is being celebrated with an exhibition at the Walter P. Chrysler Museum in Michigan, USA. ‘Born to Race: Dodge Viper Racing Heritage’ runs until August 29 2010 and stars eight pivotal and iconic Vipers, from the 1989 concept car through a variety of racers to a 2000-vintage GTS-R. And while 2010 is set to be the sunset year for Viper production, there’s word the car could live on in a Viper Cup Series. Sounds like the perfect home for a car that’s always come across as a tad uncouth on the road…