Tuthill Porsche WRC 2015: Behind the scenes 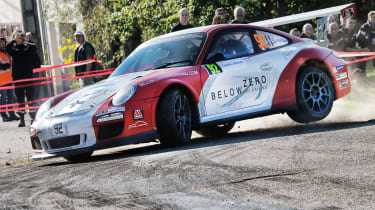 The first discussions concerning getting GT cars back into rallying to recapture some of the sport’s lost spectacle took place many years ago. Tuthill Porsche was at the vanguard of this campaign and its 997 R-GT debuted at last year’s WRC Germany. Driven team boss Richard Tuthill, four-time WRC winner François Delecour then took the wheel for WRC France.

Delecour returns to Tuthill Porsche for 2015, to compete in the R-GT Cup alongside long-time co-driver, Dominique Savignoni, and with part sponsorship from the Romanian Tourist Board. Running from 19-25 January, the 2015 Monte Carlo Rally is the first event in the five-round R-GT Cup, which also includes the Ypres Rally, Rallye Deutschland, Rallye du Valais and the Tour de Corse. 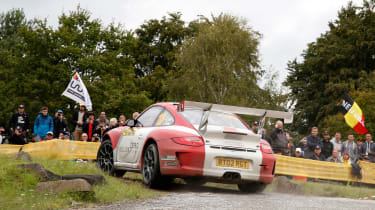 Some Monte stages are almost 300 kilometres north of Monaco, closer to Gap and Grenoble. Weather forecasts are mixed, predicting heavy snow early on and sunnier days as the rally progresses. Tyre choice will be critical: we are on Michelin rubber. A mix of conditions across one long stage could swing the balance in any direction.

With an FIA-restricted power output (to 350bhp) and rear-wheel drive, our Porsche is not going to win the rally overall. The battle is with our R-GT Cup competitors.

Romain Dumas - current Works Porsche racer and past winner of the Le Mans, Nurburgring and Spa 24-Hour races - has built his own 997 R-GT car based on the GT3 RS 4.0 and was neck-and-neck with Francois last time in France.

As passionate Porsche rally fans, our team is excited to compete in epic WRC events with great rally history, but our mission is to win the R-GT Cup. Can the Tuthill Porsche do it? Can François Delecour achieve his dream? The car left our base in Wardington last week to answer part one of that question: no turning back now.