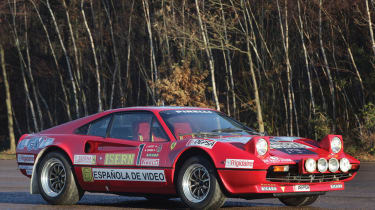 Few people get to own Ferraris, and even fewer get to own a classic with historic certification from Maranello itself. This rally winning 1978 Ferrari 308 GTB is a gorgeous example of just that, and now it’s up for sale.

With a 2.9-litre V8 twin-cam engine the 308 GTB rally car produces around 280bhp, sending power to the rear wheels via a five-speed close-ratio gearbox. It was fast in its day and its still fast now, so as an eligible classic rally entrant, it’s certainly an enticing machine. 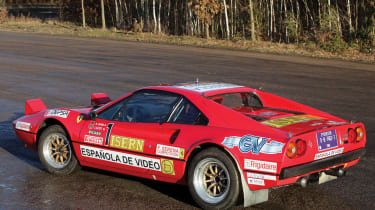 Why is the car so famous? One factor was a certain nine-time Spanish rally and 1980 European rally champion, called Antonio Zanini. Zanini first drove the rally-spec supercar at the 1984 Osona Rally, where he went on to dominate the event, winning at the car’s maiden outing.

Not only did the 308 secure victory, it did so with a 4min gap to second place, kicking off what should have been a highly successful competition career. Ultimately, the car only competed in three events, but that hasn’t stopped it from becoming world famous. 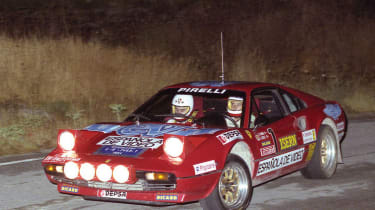 Aside from that fantastic first showing, the car shot to fame thanks to being immortalised in model form by Scaletrix. Based on its 1985 Spanish Rally livery, the slot-racing model proved to be one of the company’s best sellers throughout the late 80s.

And now, rather than owning a model, you can own the real thing, as the 308 GTB Group B rally car goes under the hammer at RM Auctions on 4 February. 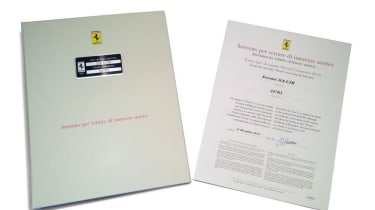 Having recently received a major overhaul, the car is sold ‘ready to race.’ Add its colourful history and world fame, plus the simple fact it is a rare, competition Ferrari, it’s perhaps understandable to hear the 308 GTB is expected to sell for over £200,000. Watch it go up for sale in our live broadcast here.