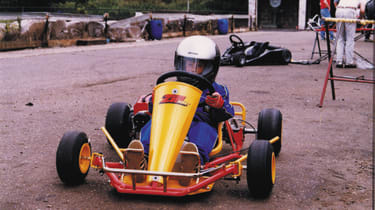 The 2015 24 Hours of Le Mans will see Toyota Motorsport, Audi, Porsche and Nissan all fight it out for top honors in the endurance race's premiere class. With each car utilising a hybrid powertrain and wearing Michelin rubber, the race is set to be extremely close. We look back over the career of one of the race's strongest contenders and occasional evo contributor, Anthony Davidson:

On 12 April Anthony Davidson will power over the line to kick off his 2015 WEC campaign. His Toyota TS040 LMP1-H prototype racer will wear the number one, and he’ll be racing alongside some of the world’s most talented professional racing drivers.

Anthony is now part of a small but illustrious group of World Champions; drivers that can claim to being the best on the entire planet. But it wasn’t always like that, because 35-year old Anthony’s career started at much more humble beginnings… 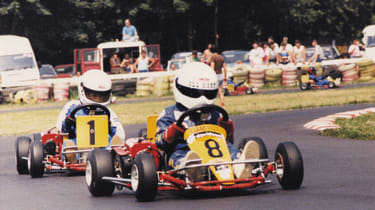 Like most racing drivers in professional motorsport, Anthony began his career in go-karts. At Cadet level, Anthony battled with the likes of Jenson Button and the late Dan Wheldon, with the three karters quickly cementing themselves as the very fastest young British drivers.

Fast-forward to 1996, and a 17-year old Anthony had already signed to race for Fullerton – a self-named team owned by Aryton Senna’s arch karting-rival – to race at an International level. Though this was his first year in a premiere division, he finished second in the highly competitive European Championship. 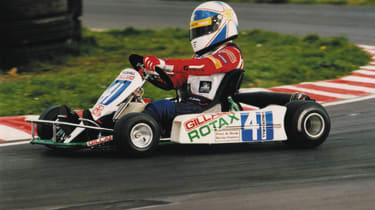 Two years later and Anthony was a professional karter for Biesse, living in Milan. He was content in his fast paced role, but still wanted more.

He didn’t have to wait long though, because in 1999 Anthony made his first jump into cars. Racing in Formula Ford, a now 20-year old Anthony went on to qualify pole and win at all six of his first races. He even went on to win the illustrious Formula Ford Festival the year later, amongst several other prestigious awards. 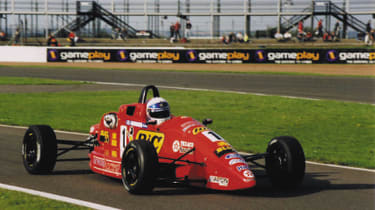 Perhaps the most significant was the 2000 McLaren Autosport Young Driver of the Year Award. The prize gave him his first taste of F1, as Anthony’s manager had already made contact with an increasingly interested BAR F1…

2001 saw Anthony join Carlin in British Formula 3. These vastly more powerful cars are a serious challenge to drive, but Anthony quickly learned how to work the single-seater's downforce to finish second in his debut year.

Other key achievements that year included winning the Pau Street Grand Prix and the Spa Elf Masters, winning the F3 Euro Cup Series. Anthony had even started driving BAR’s latest F1 car for straightline testing (at a time when F1 cars produced close to 1000bhp and revved to 20,000rpm!). 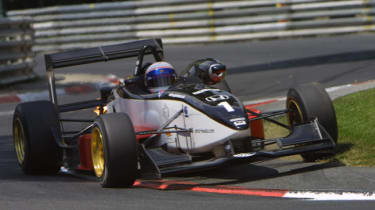 2002 was when things started to really take off. Anthony started his first F1 Grand Prix driving a Minardi, with a second race following shortly after. He also raced at the 12 Hours of Sebring, Le Mans and Petit Le Mans, while also continuing his testing duties at BAR.

But it wasn’t until 2005 that Anthony was given a chance to race in a Honda powered BAR. Filling in for Takuma Sato, Anthony impressed enough to then be given more opportunities to run during practice on Fridays ahead of GPs. His performances here caught the eye of several team leaders. 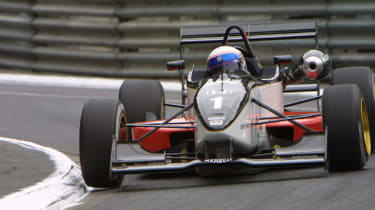 November 2006 saw Anthony finally sign to race a full season for Honda powered Super Aguri. 2007 was to be the year he could finally demonstrate his talent at motorsport’s top rung.

He raced well throughout 2007, constantly outperforming his otherwise off-the-pace car, and was subsequently resigned for the 2008 season. But financial issues forced Super Aguri to close all operations and its involvement in F1 just halfway into 2008, marking the end of Anthony’s F1 racing career.

Nevertheless, he continued to, and still does, hold responsibilities as an F1 test driver. He currently works at Mercedes F1, holding significant responsibility in developing car setup from his simulator runs.

Now, of course, Anthony is famed for his dominant performances in sports cars, namely his Toyota TS040 Hybrid racer. 2014 was the first year Anthony was able to take advantage of the best tools on offer; he wasted no time in showing his immense natural talent.

2015 sees him and the car return to defend the WEC title, but it’s the coveted 24 Hours of Le Mans Anthony has locked in his sights. He confirmed that the TS040 was the kindest of all the LMP1 cars to its Michelin tyres in 2014, but can it work the tyremaker’s latest products to top the scoreboards this time round?

Anthony might have only just joined the illustrious World Champions club, but his lengthy career of motorsport success confirms he’s amongst the best in the world to do it again.

Round one of the WEC is just around the corner (12 April), and the iconic 24 Hours of Le Mans will follow just eight weeks later on 13-14 June.