The greatest alloy wheel designs ever

Sometimes it's the wheels you remember the most 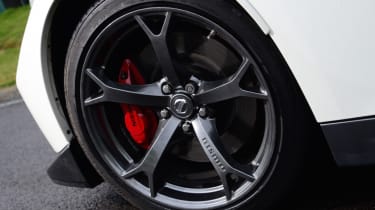 A truly iconic car can be made even more special with a set of unforgettable wheels. Intricate designs, a beautiful dish or just an eye-catching shape that you'll never forget, a truly great alloy wheel should be as memorable as the car itself.

The below is by no means a comprehensive list, but these are our favourite pics from the world of alloys. Have any thoughts on a favourite yourself? Let us know in the comments.

Among the many copied styling tweaks on the CSL are the 19” BBS-made lightweight wheels that were standard on the carbon-roofed coupe. Shod in twitchy 235/35 and 265/30 Michelin Pilot Sport Cups from new, the delicate looking multispoke still looks modern today.

Often imitated by cheaper replicas, original CSL wheels will have BMW stamped on their face, BBS on the rear and a cut-out for the M sport badge underneath the lug nut holes. They should also be much lighter than any equivalent 19in alloy wheel, too, despite the rear set being an inch wider. Subsequent BMWs including the E92 M3 and M1 coupe have sported similar designs, making up for the alarming number of non-M BMWs that wear poor-quality replicas of this timeless creation. 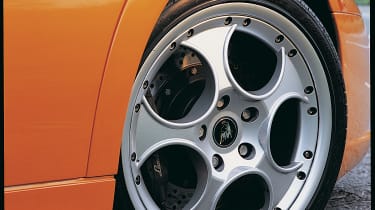 The halo Ferrari of the Michael Schumacher era has plenty design and engineering elements going for it. Of particular mention are the spindly, ten-spoke 19-inch wheels the Enzo wears, which are a lesson in simplicity and serve to complement the Enzo’s phenomenally-angular bodyshape.

With 650bhp sent to the 13in-wide rears, the centre-locking alloys provide an almost-uninterrupted view of the vast ventilated 380mm carbon-ceramic discs needed to slow the coupe down from big speeds. A similar, five lug nut design with a less aggressive concave rear fitment found its way onto the Ferrari F430 in subsequent years, losing some of the original design’s impressive simplicity in the process. 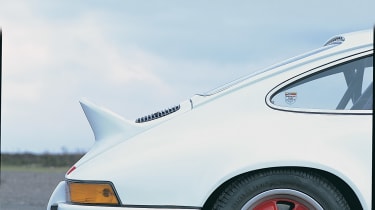 Proof that gorgeous wheel design need not necessarily be the biggest comes in the form of the dainty Fuch alloy wheel that adorned 911s throughout the 1960s and 1970s.

The forged-aluminium design was only 4.5-inches wide when it appeared in the late-1960s, where it grew wider and taller for the next twenty years. Their lightweight construction, coupled with the better brake cooling afforded by the gaps in the simple five-spoke design, helped to reduce unsprung mass and resist brake fade for as long as possible

Nowadays, you’re more likely to see the classic Fuch-style wheel on an aircooled Volkswagen or 991-era 911 50 Jahre Edition. A special mention must go to the extremely-rare 911 Sport Classic, which demonstrates the wheel’s versatility on a modern 997 chassis. 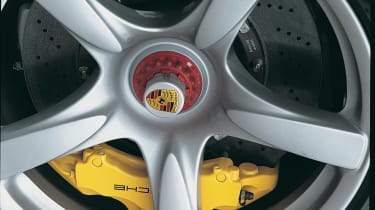 The first generation of the Murcielago used an intricate split-rim design reminiscent of the telephone-dial style seen on the Countach and Diablo. With a staggered fitment of 9in at the front and thirteen inches at the rear, the sheer size of the contact patch needed to contain the Mucielago’s rear-biased four-wheel drive system is apparent.

Fussy, dramatic and yet with a clear visual link to previous multiple-piece wheel designs, the earliest Murcielago’s alloys were a fitting accompaniment to Luc Donckerwolke’s design. They definitely aren’t the type of wheel that can be cleaned quickly, though. 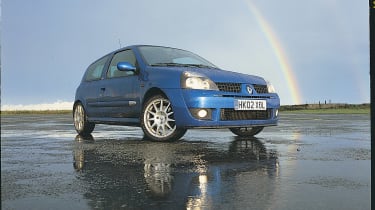 One of evo’s favourite hatchbacks of all time uses the rally-inspired Speedline Turini. The versatile 16-inch wheel has been seen on European hot hatches since time immemorial, but arguably looks best in anthracite and tucked under the arches of Renault’s stripped-out creation. With a 4x100 PCD and friendly offset of 42mm, the Turini can fit most performance Renaults. They’re also a cost-effective way of freshening up the appearance of your hot hatch and can still be bought in a variety of colours. 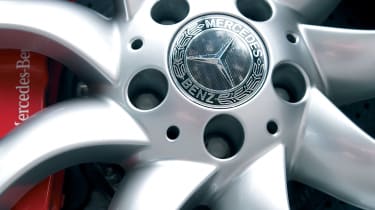 The evo office – especially Integrale owner Richard Lane – is a big fan of Compomotive’s elegant, latticed design. Evoluzione 1 models used a 15-inch wheel that was 7.5 inches wide. Wheel size grew by an inch to accommodate the extra power output of the Evoluzione 2. Both iterations of the wheel are strong contenders for the crown of ‘worst wheel to attempt to wash’. 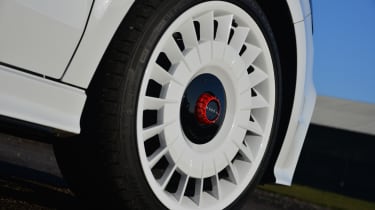 Giving the impression that they’re turning even at a standstill, the McLaren-Mercedes SLR used a 19-inch turbine design created by Borbet. An expensive option for an expensive car when new, these days SLRs with them fitted command a premium over other models. 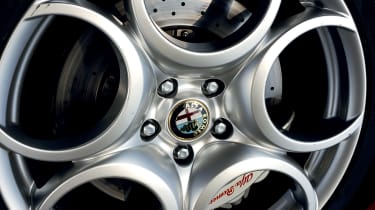 The Porsche Cayman-priced A1 quattro uses Audi’s rallying history to great effect. White-bladed wheels match the Glacier White paintwork of the car and direct cool air to the brakes shrouded behind them. Centre-locking lug nuts add to the 19-inch wheel’s rallying aura. 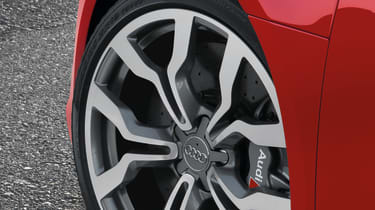 Speedline were responsible for the multi-piece five-spoke wheel that suited the F40’s jagged lines to a tee. The centre-lock design has been copied by aftermarket manufacturers such as Image ever since, but they have always looked best under the F40’s arches. The staggered set of split alloy wheels feature a vast 5-inch difference in width between the front and rear sets.

The simplistic design fitted to Porsche’s flagship V10 supercar of the mid-2000s is made of forged magnesium for exceptional lightness.

Again, the centre-locking design (a common feature of this list) gives an uncluttered view of the brakes via its skinny interpretation of the classic Fuchs five-spoke design. Best of all, the Carrera GT’s rolling stock is colour-coded, with the red-ringed centres fitted to the left side of the car and the blue to the right - proof that the little details make wheels cool. 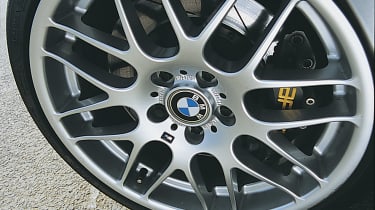 RAYS engineering provide the forged aluminium-alloy Nismo-stamped wheels on Nissan’s coupe offering. As standard, they come fitted with grippy Yokohama Advan Sports and a deliciously concave setup on the rear. 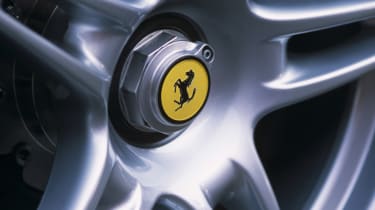 Sharing the early Murcielago’s telephone-dial look, Alfa attached these 20-inch alloys to its range-topping 8C Competizione, with the right blend of old-fashioned Italian style and modern construction making for a stunning wheel. 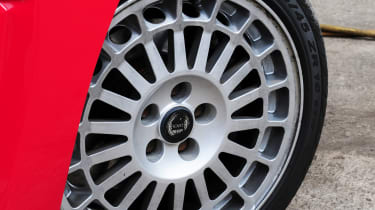 Audi’s five-spoke design doubles to ten-spoke when the outer lip of the wheel is reached. evo's website editor Hunter Skipworth attributes the design to a lightning bolt, and it’s not hard to see why. Available only on the 5.2-litre V10 model, the mix of chrome and matte finishes adds a touch of flamboyance to Audi’s supercar.