Mattias Ekström: the greatest all-round driver in the world? 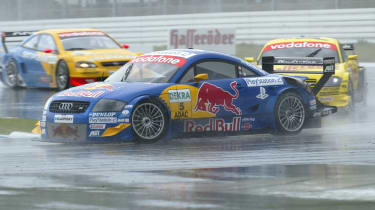 Mattias Ekström is the sort of polymath driver that I find fascinating and which you rarely see these days. Nowadays, careers tend to be very narrow, but Ekström, has driven touring cars, V8 Supercars, Group N rally cars, WRC rally cars, NASCARs, GT cars and rallycross cars. What’s more, he seems to have been inordinately successful in most of the categories, even though he has only dipped in and out of many of them.

‘In a rally car, I have to say I am not scared of anyone, and when I met [Sebastien Loeb at the 2006 Race of Champions] I knew that this was probably the best chance of my life and when I managed to beat him I never felt surprised. And I’m not being arrogant,’ he says quickly and earnestly. ‘In race-car driving I knew I could beat him; on a rally… probably never if I am honest, but to drive on a sealed surface, to learn to drive at the grip limit is where I think I am quite good. That is my biggest skill – to find the limit of the tyre.’ 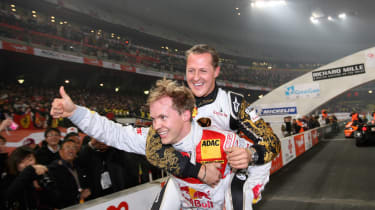 Ekström committed to being ‘the best Touring Car driver and all-round driver in the world’ and he’s got a reasonable claim to that. He started out in Renault 5s then came second in the Swedish Touring Car Championship in a Volvo 850 in 1997 before going on to win in 1999. From there he went into DTM but he has also won the Spa 24 Hours in an Audi R8 LMS. In 2013 he had a one-off wildcard outing in V8 Supercars at the Bathurst 1000 (‘my favourite track’) and finished tenth, a result that apparently led five-time V8 Supercar champ Mark Skaife to comment that it was one of the best debutant drives he had ever seen. 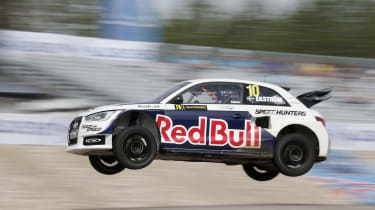 NASCAR might seem the most curious of Ekström’s adventures but he clearly adored his time in America in 2010. ‘What I love with NASCAR is that although they have modern engineering, as a driver the team has no data on you, so the driver has 100 per cent input. I like this a lot because good engineers are very often making up for bad drivers with a lot of data. If you take out the data the world would be different.’ Ekström says that’s also one of the reasons he is enjoying his latest venture, rallycross, where he’s had two second places and a win from the four FIA World Rallycross rounds he’s squeezed in between DTM commitments…

‘With rallycross there are some sensors, yes, but the driver is also very much the data logger. If my son asked me on a sunny afternoon, “Papa, you drive so many cars – which is the best?” I say, “Rallycross Supercar,” and the reason is simple. The car we have, an Audi S1, it is very short, it is really wide, it has tyre grip which is incredible on tarmac and also on gravel, the cars are jumping, they have 580bhp, 630lb ft of torque, hit 100kph [62mph] in 2.5 seconds and even though it’s short racing, it’s still so exciting that you nearly explode.’

This is a condensed version of our Mattias Ekström feature from evo 208. For the full interview, download the evo app. You can find it here.