Five things we learned from the 2015 Wales Rally GB

With Wales Rally GB, the 2015 WRC season ended in spectacular style. Here are five key observations from the season decider. 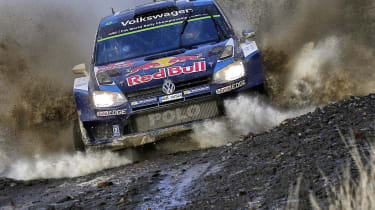 2015 marks the 20th anniversary of Colin McRae’s World Rally Championship and perhaps the best tribute was David Higgins who took to the stages in a modern Group N Impreza decked out in the same livery as McRae’s old car.

Higgins, who wrapped up a dominant seventh win of the American Rally championship earlier this year, finished a very creditable 20th overall. That, of course, wasn’t the best finish by a Brit, an accolade that belonged to McRae’s prodigy… 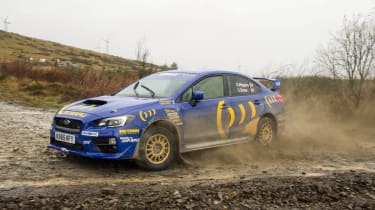 This was Meeke’s best rally to date

Yes he won in Argentina, but as Kris himself will happily tell you the dominant VWs took themselves out of the equation early on in that rally, giving it a rather different feel.

This time he was in a fight with Ogier and Mikkelsen for three days, beating one and keeping the World Champion honest, all while trying to bring the car home safely and secure the points needed to seal Citroen’s second place in the Manufacturers’ Championship ahead of Hyundai. If ever there was a drive that should have secured him a place for next season it was this, but… 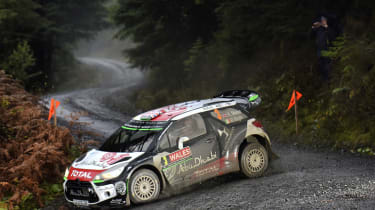 No one knows what’s going on next season

It seems to have become a worrying trend, but there is an awful lot of uncertainty about who will be driving in next year’s WRC. When Kris Meeke was asked about 2016 at the end of the final stage he quipped that his garden needed a bit of attention, before going on to say that he had honestly had no idea. Meeke’s entire career has arguably been a succession of last rallies, but his teammate at Citroen, Mads Ostberg, is in the same position. Meanwhile, Elfyn Evans and Ott Tanak, the two young drivers for M-Sport, are also both in limbo while Malcolm Wilson makes his mind up about what to do with them.

Some will point to disappointing runs for both Meeke and Evans at times during the season, but anyone who knows about rallying knows that you have to play the long game in terms of gaining experience. It is blindingly obvious that Meeke has phenomenal pace behind the wheel and is the best chance a manufacturer has of taking the fight to VW. Evans showed his maturity and consistency last year and was no doubt asked to show more speed this year. With that inevitably comes greater risk of error. Perhaps I am biased, but it would seem that both deserve to have had 2016 seats confirmed by now.

The trouble is that this uncertainty at Citroen and M-Sport surely only hands yet more advantage to VW whose drivers have their contracts in place and can instantly focus on the following season with a sense of calm. Hyundai too has clearly done the right thing by giving a three-year contract to the up-and-coming Kiwi, Hayden Paddon, who has shown a similar sort of career trajectory as Evans.

One other high-profile driver who is unsure of his rallying future, but for slightly different reasons is Robert Kubica, which leads me onto this suggestion… 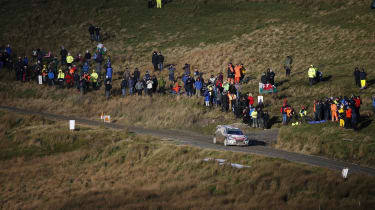 We should have a Privateer’s WRC Championship

It was something that was mooted more than once in the live coverage of the Power Stage and brought home by Kubica’s comments at the end of the stage (on which he finished third). He said that while people want to see him in the WRC, they also somehow think he can win it, when he is in a team made up of six people competing against the might of the manufacturers.

It would give a lot more encouragement and credit to people like Robert, Martin Prokop and Lorenzo Bertelli (10th on WRGB) if there was a dedicated privateer championship. It might even help them to attract sponsors, although the only real way to do that is through proper exposure and…

The coverage of the WRC needs sorting out – fast

I had various tweets over the weekend asking where people could find TV coverage of the WRC and the answer was sadly very limited. The WRC Plus service run through plus.wrc.com is good, but it’s behind a paywall. The BT Sport coverage could theoretically reach a great deal of homes but it seemed to suffer from scheduling issues with several people saying that there was Rugby or Dressage or a minor league kickabout on when the WRC was meant to be being aired.

People will say that it is too costly to cover properly and that the sport is too hard for a TV audience to understand, but to that I would say poppycock (a strong indictment, I know). The amount of cameras they currently have on the live stages is more than enough. With one at the start, an interview at the end, the best part of a mile or more captured from the side of the stage, a helicopter in the air (weather permitting, admittedly) and the onboard footage from each car (albeit with better camera placement needed in some instances) there is plenty being captured.

Look at skiing, which can hold down a primetime slot with Ski Sunday during the winter months (and with relatively little British interest). One person on the mountain at a time, and purely fixed camera points. Or take Cycling, a sport that is tactically largely impenetrable to all but the most avid of viewers and which is frequently very dull until the last ten minutes of a race, yet it manages to get hours of footage televised on ITV4 (and sometimes the BBC) from even second-string races. Surely the spectacle of rallying can compete with this? 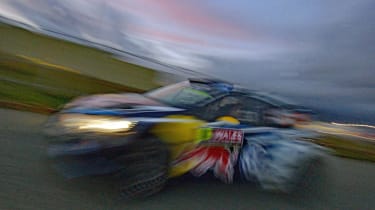 I think some of the problem is with the production, which lacks a certain amount of inspiration (but then the effort isn’t going to go into it if there’s a perception that only a handful of people will see it). There is also a problem with the presenting, which really needs an ex-driver constantly in the commentary box to give proper insight.

I watched two stages live – stage 9 and then stage 19 (the power stage) and the coverage from the second one of those was vastly better simply because it had Gwyndaf Evans co-commentating. In the same way that we’ve got used to Martin Brundle et al holding a microphone for the F1 coverage so Elfyn’s father was able to pick up on the minutiae of what we were seeing on screen and bring the differences between the drivers to life.

Wales Rally GB, with all its mud, water and night stages was a truly thrilling spectacle (I still don’t understand people who say that the modern cars are unspectacular, yet will probably watch all of the snoozefest that was the Brazilian GP. I’ve said it before, but it’s worth repeating that the modern WRC car is about six seconds a kilometre faster than Group B cars and they most certainly do slide around and display driver skill). What’s more it had two Brits in the mix (not to mention the valiant Craig Breen in WRC2). It deserved to be seen by more people.