The Pagani Huayra hypercar has had a sizeable price rise, from £820,000 to over £1million, making it more than a McLaren P1 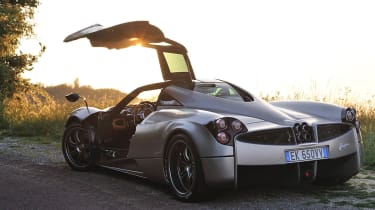 If you’ve been saving up to buy a Pagani Huayra, it’s going to take a bit longer than you expected. The 720bhp V12 supercar has just had its price increased to 989,500 plus local taxes, currently making it £1,029,430 here in the UK.  That’s approximately £210,000 more than the Huayra’s 2012 launch price, and lifts it above the £866,000 McLaren P1. The price is also before desirable extras like a bare carbonfibre body and the ‘track pack’ option are added. Pagani always said the launch price would increase once the first few Huayras had been sold, but the size of the increase has taken new customers by surprise.  Still, one million pounds is half a million less than Pagani charged for the very limited run Zonda 760RS. But then that car was hardly a bargain either… evo’s video review of the Pagani Huayra is below