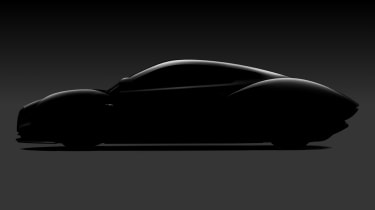 High-performance electric supercars seem to be a regular occurrence these days, but electric grand tourers are few and far between.

Until this year’s Geneva motor show that is, where historic Spanish carmaker Hispano Suiza will return with the Carmen, an electric “hyperlux” GT with a carbonfibre structure.

Taking its name from Carmen Mateu, granddaughter of Hispano Suiza’s founder, Damián Mateu, the new car has been entirely created in Spain, with its electric powertrain, design and construction handled by production partner QEV Technologies in Barcelona.

No details on the powertrain itself have been released, but the company has released an image of the car’s carbonfibre monocoque. From this some distinctive features can be gleaned, including the use of top-hinged doors cutting into the roofline, a compact cabin that suggests two seats rather than a 2+2 layout, and an elegant, elongated profile. 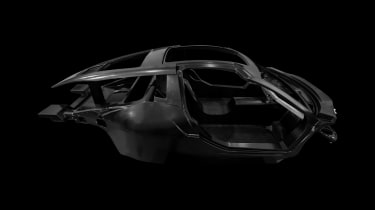 The latter is also borne out by shadowy images on the company’s website, showing prominent, tapered rear arches not unlike some of Hispano Suiza’s vintage models; indeed, the Carmen is said to be inspired by the art-deco, teardrop-shaped Dubonnet Xenia, built by Hispano Suiza in 1938.

Elsewhere, it’s significantly more contemporary, and not just in its construction. QEV’s engineers have backgrounds in everything from mainstream car manufacturers to Formula E, most notably as the technology arm for the Mahindra Formula E team and as a R&D partner for Chinese firm BAIC.

Grand tourers live and die on their styling, performance and, importantly, distance-covering ability though, so Hispano Suiza will need to get these right if its latest revival is to succeed. It’s certainly not the first time we’ve seen a return of this historic name: the company showed three concepts, the Veyron-alike HS21, the four-door K8, and the track-inspired HS21-GTS in the early 2000s.