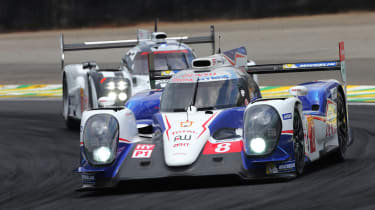 Having previously raced in karts, through the ranks of single-seaters and up to Formula 1, Anthony is no stranger to success. But with his 2014 title, he has undoubtably reached the peak of his already impressive career. For the first of our 10 part video, we ask Anthony what it feels like to be a World Champion.

For those who didn't manage to catch the 2014 season's exciting WEC action, or if you simply want to relive a memorable year, watch Toyota's own season highlights below.