Can Anthony stop the might of Porsche, Nissan and Audi from stealing the 2015 crown? 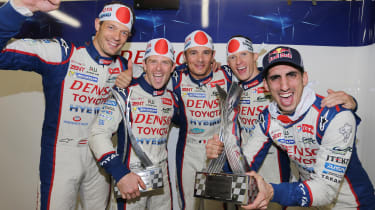 With little over two-weeks to go before the start of racing at Silverstone, Anthony Davidson's preparation for the 2015 World Endurance Championship is well underway. Nissan are set to join the top class to fight it out with the likes of Porsche, Audi and Anthony's team Toyota, making for one of the most exciting seasons in recent memory. 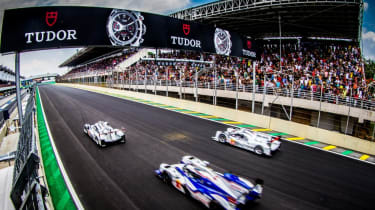 The last time Anthony raced his Toyota LMP1 car, him and teammate Sebastien Buemi finished in a disappointing 11th place. No surprise to hear that he's hoping to consign the final 2014 race to memory and attack the 6 Hours of Silverstone for the best possible start to 2015.

For the last of our mini-interviews, Anthony Davidson talks about his strong desire to win, and the excitement he has at taking on some of the world's best drivers and teams in one of motorsport's fastest growing championships. Can he hold on the WEC crown in 2015?