Following closely behind the updated XE saloon, Jaguar’s F-Pace is about to receive a mid-cycle update 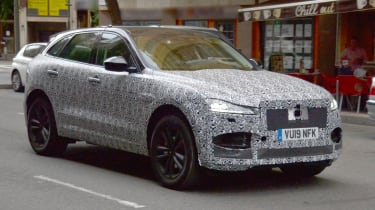 It’s been three years since the Jaguar F-Pace came to fruition, so it’s no surprise that the British marque is looking to bring it up to speed with the rest of its range for the 2020 model year. Our spy photographers have spotted a (heavily) camouflaged version testing in southern Europe ahead of its reveal.

Don’t be fooled by the heavy camo’, as this mid-cycle update is unlikely to offer any dramatic changes to styling, instead focusing on bringing the model’s technology in line with the rest of the range. Sharper head and tail light optics are to be expected, and both front and rear bumpers will see light alteration too. A new intake and grille design at the front is likely to make an appearance, and at the rear, a new diffuser complete with tweaked exhausts.

Though details are predictably patchy at this stage, rumours suggest that we’ll see most of the changes inside, where it’ll adopt the more advanced PIVI Pro infotainment system alongside other tech features you’ll find in JLR’s more recent products. A sticking point of the current F-Pace is its unresponsive, confusing infotainment system, so an upgrade in that department will be a welcome addition. Although not shown in our images, our photographers noted the presence of heavy disguise in the cabin, further confirming the likelihood of significant interior changes.

As we’ve seen with the 3-series-rivalling XE, Jaguar is likely to simplify the F-Pace range by reducing the number of equipment and drivetrain packages available. Fresh colour, interior and wheels options are expected to feature, however. 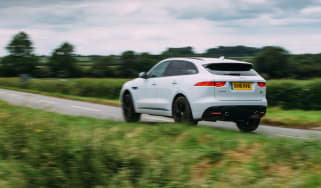 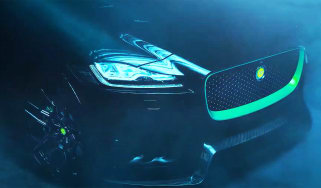