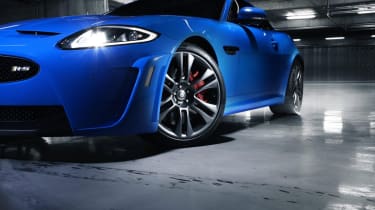 The ‘S’ is outwardly different to other XKs  by virtue of a spoiler, new sills, vents and chin spoiler. Celebrating fifty years of the E-type launch, the XKR-S is likely to cost around £97,000.