Miura and Murcielago neatly bookend the story of the supercar. Henry Catchpole drives them in ultimate SV form 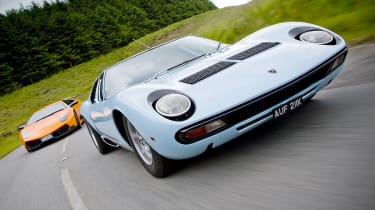 Powered by an Audi-derived 600bhp five-cylinder, the KTM X-Bow GTX will compete in the GT2 racing series
Visit/features/22907/hyundai-i30-fastback-n-versus-the-col-de-turini