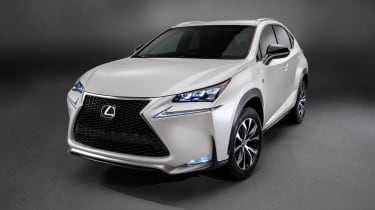 The Lexus NX crossover has become the first Lexus to use the brand’s new 2.0-litre turbocharged petrol engine.

Joining the hybrid NX 300h, the new NX 200t will be available only in F Sport trim and paired to a six-speed automatic transmission.

The use of F Sport trim gives a clue as to the brand’s positioning of the new model.

With 235bhp from 4800-5600rpm and 258lb ft from 1650rpm the new engine’s performance has no close equivalents in the crossover class – diesel rivals from BMW and Mercedes produce less power but more torque, and few rivals offer petrol variants with similar specifications.

Combined economy of 35.8mpg is lower than that of diesel rivals too, though the NX 300h serves its purpose as the low-emissions model in the range. 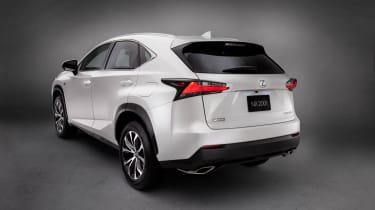 More relevant is the all-wheel drive system with Dynamic Torque Control, sending up to 50 per cent of the engine’s torque rearwards, and ‘performance dampers’ to increase cornering agility. The NX 200t F Sport also sits on 18in alloy wheels with 225/60 R18 tyres.

F Sport trim also means a bodykit with deeper bumpers and side skirts, while the turbocharged engine gets twin tailpipes rather than the hybrid’s hidden outlet. Inside, electrically-adjustable leather heated seats are standard, in either black or Dark Rose. Obligatory carbon-effect trim inlays join aluminium pedals and an F Sport steering wheel. 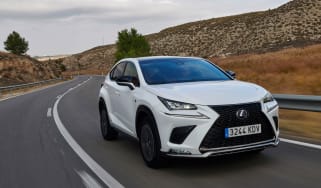