McLaren has confirmed that the 12C GT3 car will compete internationally in the 2013 season. 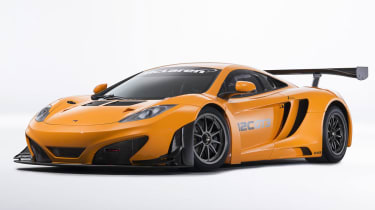 McLaren has confirmed that it will be producing a further run of GT3 racers for the 2013 season, which includes a comprehensive upgrade package – also available to current owners.

During 2012, the 13 McLaren customer teams racked up a total of 19 podium positions, and a further 19 wins in the 12C. For 2013, all current customer teams are set to return, as well as a new entry from rally legend Sebastien Loeb, who has confirmed he will contest the FIA GT Series.