A 400bhp electric road car? Radical lives up to its name with the SRZero - and builds it's 1000th car. 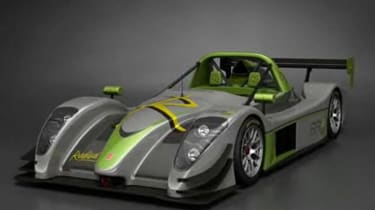 The result is the SRZero, which uses a unique twin-motor electric drive system, enabling the SRZero to travel further than any other electric car before needing to recharge, thanks in part to a regenerative braking system. What’s more the 400bhp unit delivers 479lb ft of torque, and is capable of a peak of 715bhp, thanks to a 550v battery pack. Once out of juice, simply plug the car into two standard domestic sockets, and in just eight hours, they’ll be fully recharged.

The partnership, billed Racing Green Endurance, will attempt to drive the entire 16,000-mile length of the Pan-American highway later this year. Their aim is to demonstrate that low-carbon solutions do exist, and can still be exciting compared to the petrol-powered equivalent.

But that’s not all to report. On the 19th May, the Peterborough firm celebrated the production of its 1000th car. This is the latest in a long line of successes for Radical, which has taken part in no less than 12 international race series, constructed a Le Mans Prototype (the SR9) and perhaps most importantly, currently holds the production car lap record at the Nurburgring with a time of 6m 48sec in an SR8LM.