Loeb and Ogier commit to Citroen for 2011 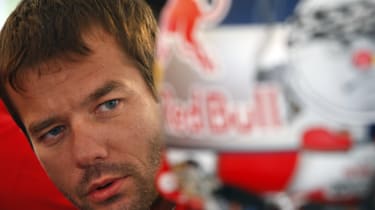 The last few weeks have been filled with rumours about who would be driving for whom next season in the WRC next year but perhaps the two most important signings were confirmed yesterday by Citroen. Sebastien Loeb has signed for next season, quashing rumours that he would retire at the end of 2010. Meanwhile his namesake (and the person Loeb has said is his closest rival this season) Sebastien Ogier, has signed for Citroen for the next three seasons.

It was thought that with six world titles already to his name (and almost certainly seven by the end of this season) Loeb might feel he had nothing to prove and everything to lose by sticking around for 2011 when the new 1600cc turbocharged WRC cars arrive. However, having him on board is fantastic for all concerned: His experience will be invaluable to Citroen for the development of the new DS3 and the championship will certainly feel much richer for having him in it.

Ogier has been part of Citroen’s development programme for a long time and as he has now started bearing the fruits of this long-standing faith in him it would have been unfortunate if he had instantly defected to main rivals Ford. With rumours that this could happen (fuelled by Ford Europe’s Director of Motorsport, Gerard Quinn - @WRCgerardquinn on twitter if anyone’s interested) Citroen obviously decided to step in and secure their asset.

The big question is where all this leaves Dani Sordo. With Ogier already taking over Sordo’s factory seat for the remaining gravel rallies of 2010 the future doesn’t look great for the Spaniard. Olivier Quesnel (Citroen Racing Team Principal) said ‘Dani is still part of Citroen’s plans for next but they have to finalise budgets before announcing their full programme’ which suggests Citroen is still keen to run a three car factory team in 2011.

To See video of the new DS3 R3 click here