Production-ready concept to build on GT86 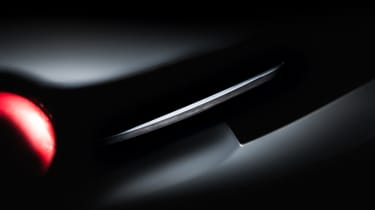 Toyota has posted a teaser for its 'RND' concept, which promises to bring the "fun to drive" side of the company's line up to an even wider market.

The production-ready concept is set for debut on the 26th of January. Toyota promises it will "change the face of motoring", but is yet to divulge any solid information about it.

What has been revealed is that the design and look of the concept marks a significant shift from traditional Toyota looks. Pricing and manufacturing are already in place, so expect plenty more details come the 26th of January.

Toyota is being hugely ambitious with the RND, claiming that it could even change the way that other manufacturers approach vehicle design. Aside from what looks like a tail light in the teaser image, little else is known.

Evo.co.uk will be bringing you the latest on the RND as and when we have it.