Rice husk ash, to be specific 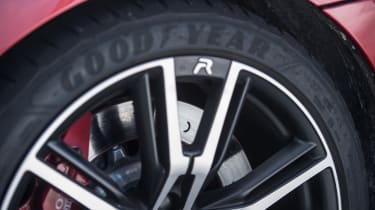 Goodyear is boosting its green credentials by switching its source of silica to rice husk ash, a waste product of rice milling.

Silicon dioxide – silica for short – is a porous compound that has featured in performance tyres for more than a decade. Manufacturers claim that it can help to reduce rolling resistance by as much as 20 per cent and that it also helps to improve tyre integrity. Silica currently make up 15 per cent of each tyre Goodyear makes. 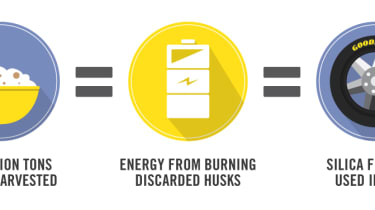 Rice husk is one of the most silica-rich raw materials on the planet and there’s plenty of it. Seven hundred million tons of rice are harvested worldwide each year, and often the leftover husk is burned for energy and then crammed into a landfill.

Goodyear has been working on the idea of using husk ash for more than two years, but has only now decided that the practice is ready. However, implementation won’t immediately save the company money.

‘Using rice husk is no cheaper than conventional methods. In fact, it’s a little bit more expensive at the moment, but we’re currently working hard to keep costs down so prices don’t grow for the consumer,’ says Chawla. Long-term, production costs should begin to fall. 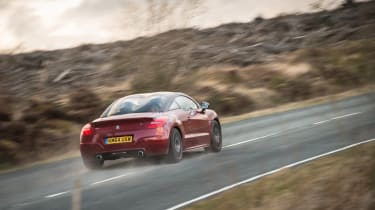 All of Goodyear’s performance tyres, including the Eagle F1 Asymmetric, will benefit from this development from April. Could rice husk silica help the Eagle F1 (fitted to cars like the RCZ R - pictured) improve on its third-place ranking in our recent tyre test (evo 201)? Chawla is confident it won’t hurt its chances.

‘The best thing is that the driver won’t notice any difference to tyre feel, it doesn’t compromise anything,’ he says.