New GT to compete in WEC and TUDOR 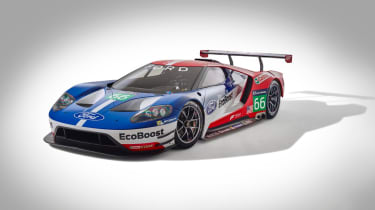 Ford has announced it is to return to top -flight sports cars racing, which includes a return to the Le Mans 24 Hours in 2016, with a racing version of its new GT supercar.

Revealed at Le Mans this weekend, the new GT race car will contest the LMGTE classes of both the 2016 World Endurance Championship and TUDOR United SportsCar Championship in North America with four cars run between Chip Ganassi Racing and Felix Sabates (CGRFS). 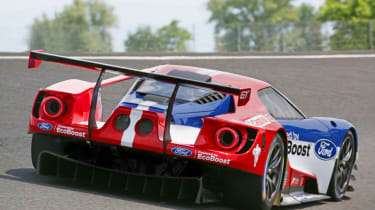 Based on Ford’s all new GT road car, the Le Mans GT will be powered by a racing variant of the twin-turbocharged 3.5-litre EcoBoost V6. The engine is already proven in racing, debuting in 2014 and winning the 2015 Daytona 24 in the back of CGRFS’s Target Ford prototype.

The new GT will compete in a class currently dominated by Aston Martin, Chevrolet, Ferrari and Porsche. With this in mind, the Blue Oval’s newest race car has already started an extensive test program, with Ford working closely with Multimati engineering and the CGRFS racing team. 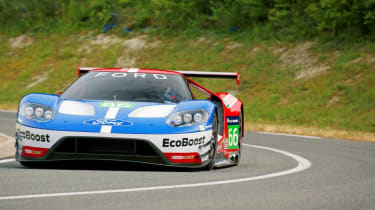 ‘When the GT40 competed at Le Mans in the 1960s, Henry Ford II sought to prove Ford could beat endurance racing’s most legendary manufacturers,’ says Bill Ford, executive chairman, Ford Motor Company. ‘We are still extremely proud of having won this iconic race four times in a row, and that same spirit that drove the innovation behind the first Ford GT still drives us today.’