Engineers of tomorrow gear up for Formula Student race

Thousands of the world’s most talented student engineers will compete in their own racing cars at the 19th running of the Formula Student UK competition, held at Silverstone from 8-12 July. With support from some of F1’s top engineers, including Ross Brawn, Paddy Lowe and Adrian Newey, the annual series allows students to demonstrate their talents by designing, building and racing their own single-seater cars.

This year’s event will see 49 UK universities compete against 86 top institutions from the rest of the world. 2014’s highest ranked UK uni, Oxford Brookes, is a firm favourite, with several other strong engineering universities such as Bath, Cardiff, Southampton, Leeds and Coventry also hoping to challenge for the top spot. 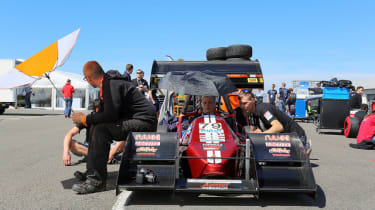 Last year, it was the Netherlands’ Delft University of Technology that took the overall win, ranking highly across all tests including the skid pan run, endurance testing and timed sprints. Its winged single-seater - which looked a bit like a miniature Formula 3 car – performaned consistently across all fields, and its team members impressed judges with their proposals for costing and business.

‘Formula Student is the world’s most respected student motorsport event and the sheer number of applications we have received for this year’s event prove it’s going from strength to strength,’ Jon Hilton, Chairman of Formula Student, said. ‘It provides students with a vital stepping-stone in their careers. As always I’m excited to see what engineering innovations will be on show this year and I wish all teams taking part the best of luck.’ 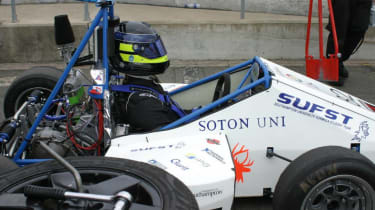 Some of the event’s alumni have gone on to work in top motorsport teams and car companies. In fact, every single Formula 1 team has at least one ex-competitor now working for it. Ex-Mercedes F1 team principle, Ross Brawn, is even the competition’s patron.