‘Antisocial’ supercars could be banned from revving in central London 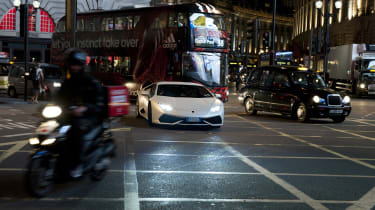 London’s Royal Borough of Kensington and Chelsea has revealed new plans to ban supercar drivers from driving in an antisocial manner within its boundaries. Consultation for the new Public Spaces Protection Order is already underway; if it is enforced it would make engine revving and rapid acceleration illegal.

In total, there are 11 issues that the council wants to combat, which would result in the banning of car convoys, leaving engines running on idle when parked, sounding horns, causing an obstruction and other ‘nuisances’. The laws would be enforced between (yet to be confirmed) hours of the night, and if broken, could land the offender with a Fixed Penalty Notice of up to £100.

The new Order would join the Antisocial Behaviour, Crime and Policing Act to tighten up current laws concerning this specific type of nuisance. It comes as pressure from the South West London borough’s residents continues to grow, with recent media coverage helping to highlight the influx of sports and supercar owners into the area during the summer months. Blame is often placed on wealthy visitors from the Middle East, who sometimes ship their rare exotica over to the UK for summer. 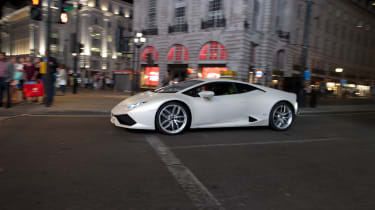 Readers of evo might wonder what the appeal of driving such high-powered supercars on the streets of the capital is – a 691bhp Lamborghini Aventador LP700-4, for example, might feel a bit wasted in the slow moving traffic of Sloane Street. But whatever the motive (most likely it's a bit of showing off), the council’s law enforcers have acknowledged the issue is large enough to warrant its own legislation.

Cllr Tim Ahern, Cabinet Member for Environment, Environmental Health and Leisure, confirmed: ‘I know there has been a lot of coverage of expensive cars racing around Knightsbridge and also parking up and revving their engines. We want to take steps to discourage these drivers from their antisocial behaviour.’ 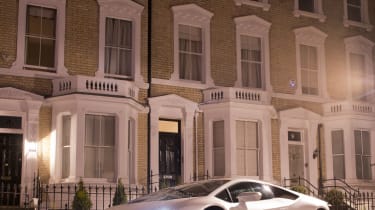 Of course, these laws would apply to drivers of any car considered a nuisance. But given the publicity the borough’s wealthiest visitors have received in recent times – Channel 4’s Millionaire Boy Racers helped shoot the issue into the limelight – it’s safe to suggest the supercar owners of Chelsea and Kensington are prime suspects.

Interestingly, a spokesperson from the borough confirms that the new legislation isn’t designed to hand out more fines or send people to court – current legislation is already able to do this. Instead, our spokesman said ‘it’s trying to further discourage people from acting like this at night’.