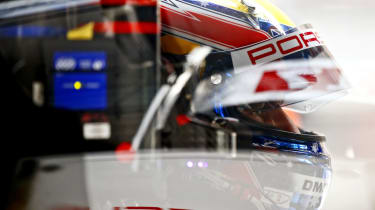 Mark Webber, Brendon Hartley and Timo Bernhard are the 2015 FIA World Endurance Drivers’ Champions after a tense race at the 6 Hours of Bahrain

The number 17 Porsche 919 Hybrid started in pole for the final round of the year but took the flag in fifth position, having nursed a number of mechanical problems throughout the race.

The number 7 Audi – Webber and co’s only championship challenger – finished second after losing out in a tough fight with the number 18 Porsche of Neel Jani, Marc Lieb and Romain Dumas.

With the sister Porsche claiming outright victory, and the Audi finishing second, fifth was enough to secure the Webber, Hartley and Bernhard outright championship victory. 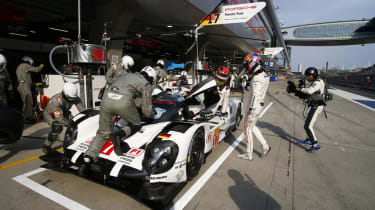 Speaking to evo shortly after the race, Mark Webber explained that the car lost hybrid power, and shut down repeated times during the six hours.

Not only that, but the car ‘completely shut off’ just after crossing the line.

It’s been a phenomenal year for Porsche in the World Endurance Championship. Securing the overall LMP1 victory means that the Stuttgart marque has won three of the four WEC championship classes – with Porsche 911s winning in LMGTE Pro and LMGTE AM.

Brit Sam Bird, driving with Roman Rusinov and Julien Canal, won both the LMP2 Drivers’ and Team’s championships in their G-Drive Ligier after a strong late-race charge. Bird overtook Le Mans winner Nick Tandy, driving a ORECA in this race, to secure a fourth win of the season. 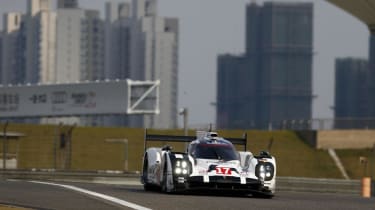 However, 2015 will be remembered as the year that Porsche took the drivers’ championship for the first time since 1986, when Derek Bell and Hans-Joachim Stuck were victorious.

With the drivers’ championship in their pocket, there’s little doubt Mark Webber, Brendon Hartley and Timo Bernhard will be eying outright victory at the Le Mans 24-hours in 2016, having lost out in 2015.

Add to this a promise from former WEC champions Toyota that they be ‘back in the mix’ next year, and a determined Audi crew, the 2016 World Endurance Championship has all the makings of a classic.