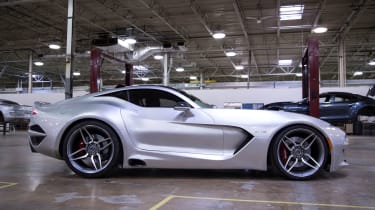 The VLF Automotive Force 1 V10 is the first supercar to be produced by the company setup by former DB9 designer Henrik Fisker and ex GM boss Bob Lutz, along with race driver Ben Keating.

Featuring a 745bhp 8.4-litre V10 taken from the Dodge Viper, the Force 1 sends all that power to the rear-wheels via a six speed manual gearbox, with a paddle shift automatic as an option. 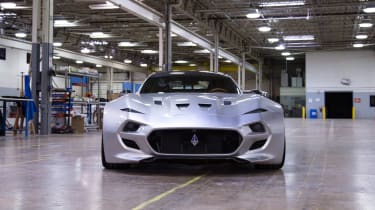 Performance is as you would expect from a car with a 745bhp V10, that is 0-60mph is dispatched in 3 seconds flat, with the Force 1 managing a top speed of 218mph.

Inside, buyers will be treated to a choice of leather, alcantara or suede, with unusual interior tweaks like a transmission tunnel mounted champagne holder making a change from the supercar norm. 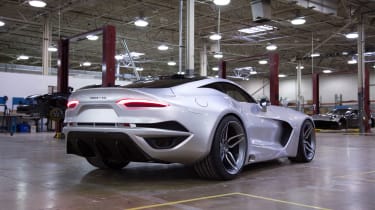 The car is priced in at $238,500, or roughly £186,000 and will be produced in an extremely limited run of just 50 units. Production is set to commence at the end of April 2016, with deliveries staring in the third quarter of this year.

Fisker recently opened a $100 million lawsuit against Aston Martin after it was claimed that he had copied designs of the DB10. Looking at the Force 1, do you think this claim is fair?