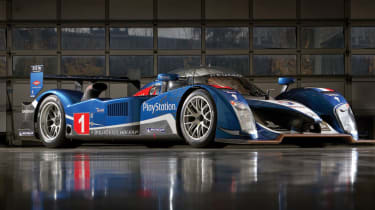 Over the last few years classic car auctions have been notable mostly for the value of the cars crossing the block.

But every so often an auction occurs where the cars themselves, rather than their estimates, are enough to make jaws drop. One of those is happening on Saturday, May 14th, at the RM Sotheby’s biennial Monaco auction.

Among the lots are Grand Prix, rally and Le Mans stars, rare coachbuilt supercars and race-bred road cars from every era.

From the former category, three cars in particular are notable. The first is a 1971 March 711, as raced by Niki Lauda at the beginning of his Formula 1 career. The car on sale in Monaco – with a 550k-650k Euro estimate – was built for Ronnie Peterson, who achieved a second-place finish, appropriately at Monaco, during the 1971 season. Lauda later drove the car at the Austrian Grand Prix that year, though failed to finish.

RM Sotheby’s suggests the car could ‘easily be a frontrunner in the Series F of the Monaco Historic GP’, where its 450 horsepower Cosworth DFV could reverberate off the Principality’s tower blocks. 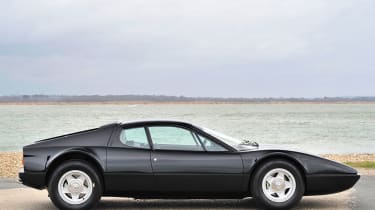 Quieter but equally impressive is the 2008 Peugeot 908 HDi FAP Le Mans Prototype also for sale. The 700-plus horsepower diesel racer finished second at that year’s Le Mans 24 Hours (to an Audi, almost inevitably) and won at both the 2009 Petit Le Mans and he 2010 1000 Kilometres of Algarve.

Particularly so as this car won the 1985 Monte Carlo and Swedish rallies, at the hands of Ari Vatanen. One of 20 works Evo 1 205s produced, it was later retired from competition after the Portuguese rally that year, and is completely original as a result.

You may already have seen one of the supercars set to cross the block in Monaco in our latest video. You can watch Henry Catchpole drive the 1974 Ferrari 365 GT4 BB – estimate 380k-450k Euros – below:

This last car is expected to reach as much as 7.5m-9m Euros, which is unsurprising given its matching-numbers status, 1951 and 1952 Le Mans entries and rarity – it was the third of only 23, 340 Americas built, and one of only eight bodied by Touring. 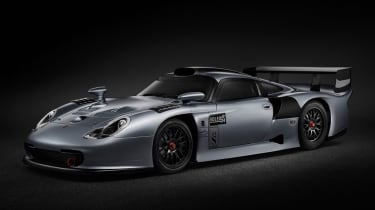 Fans of American cars will appreciate the presence of one of the most striking cars ever designed too – a 1948 Tucker 48 with a flat-six engine and preselector transmission. The estimate? 1.35m-1.85m Euros.

The RM Sotheby's Monaco sale takes place on Saturday, 14th May at Le Sporting Monte-Carlo in Monaco. evo will host a live stream of the auction, so keep your eyes peeled on the site for all the cars mentioned above, and more.