BMW’s i Inside Future Concept revealed at CES 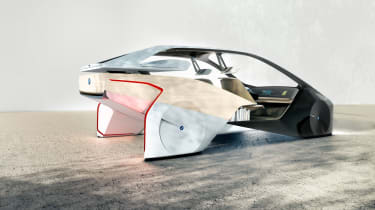 BMW has used the Consumer Electronics Show (CES) in Las Vegas to announce three new technologies. The first is the i Inside Future concept and although it looks like it could be a luxurious modern four-seater interpretation of an Arial Nomad, the lack of bodywork and doors is simply to expose the interior. The i Inside Future aims to solve the problems that sharing autonomous cars might create, allow increased personalisation and showcase BMW’s latest interior style.

The i Inside Future features BMW HoloActive Touch, a holographic screen that is projected above the centre console and works with an advanced version of BMW’s gesture control. The driver interacts with the virtual screen using finger movements. However, to allow the driver to maintain focus on driving, ultrasound pulses provide tactile feedback without any physical connection between the screen and driver. 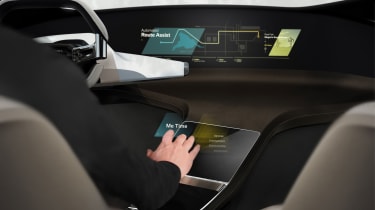 As well as the i Inside Future concept, BMW has revealed a new daily planning device called the BMW Connected Window. It’s a large screen that looks - unsurprisingly - like a window and allows users to plan and organise their travel and mobility plans based on road and traffic information from BMW’s Open Mobility Cloud. Like the HoloActive Touch it too works using gesture control so there’s never any need to touch the "window", but doesn't provide the same ultrasound feedback.

The Connected Window is linked to BMW Connected, a personal online profile, so as well as helping to organise a user's travel plans it can also integrate with infotainment in their home and smartphone as well as their car. Additionally, it can share contacts and plans with other BMW Connected users.

BMW has also made a step closer to making autonomous cars a very tangible reality. It has made a semi-autonomous version of its new 5-series that allows the driver to switch to a passenger mode on certain roads and let the car drive itself. 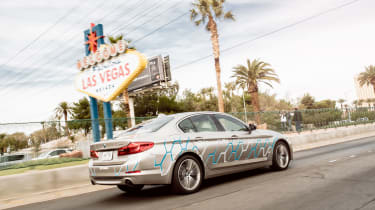 The self-driving 5-series uses a combination of digital maps as well as the radar and driver assistance systems to take control of the steering, throttle and brakes. The car uses the Open Mobility Cloud to plan the quickest and most efficient routes.

The autonomous mode is so capable that the driver can choose to watch videos on their smartphone or tablet when the car is in control, and the car will even dim the interior lights and close the rear blind to make the screen easier to see. Although BMW says this 5-series is just a prototype, we’ll get chance to experience it soon.