UK speeding fines 2020 – what are the latest penalties for drivers?

Speeding fines were increased in spring 2017, with harsher penalties for the worst offenders. Here's everything you need to know... 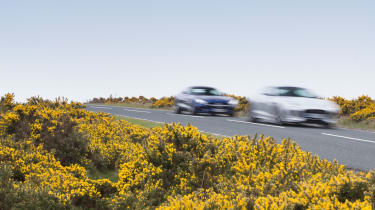 Keeping Britain’s roads safe is a top priority, so in efforts to reduce the number of accidents and road deaths, the government introduced new rules surrounding speeding penalties in 2017. The new speeding fine laws don’t blanket harsher penalties across all offenses, but instead concentrate on the very worst offenders who pose the most risk to the public.

Should a driver receive an excessive speed penalty, they’ll be fined an amount equal to 150 per cent of their weekly income, up 50 per cent from before 2017’s changes. These will be given solely to the very worst offenders, with speeds falling under ‘Band C’, the highest category in the table below.

Over 100,000 UK drivers help fill the HM Treasury coffers with millions of pounds a year, the most dangerous being removed from our roads in the process, receiving bans of varying lengths depending on the severity of the offense.

Not only have speeding fines seen a change-up, punishment for mobile phone usage is now double what it once was, mounting to £200 and six points for anyone caught breaking the law.

Fine ceilings for speeding were previously £1000, or £2500 if caught on a motorway. The higher motorway cap remains, however law enforcement have been instructed to hand out a greater number of the maximum-level fines. Details of the various speeding bands are displayed in the table below.

Under the old speeding fines system, fines falling under bands B and C equaled 100 per cent of offender’s weekly income. However that has now increased to 150 percent. Offenders could be subject to the double whammy and banned from driving for up to 56 days or get six points on their licence.

The current minimum fine of £100 and three points remains according to www.gov.uk. What’s more, law abiding citizens with a clean licence may still be able to circumvent the points hit by attending a speed awareness course. Previous speeders will not be extended such opportunities, and they will see their points total climb further towards a ban. 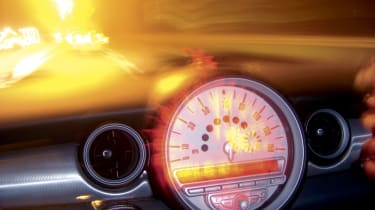 It's understood the majority of Band A fines will equate to a half of your weekly wage. However, this initial fine could be adjusted subject to the court's discretion based on the specifics of the case in question. Such variables include, poor weather, the population density of the area or the timing of an offence in relation to previous convictions committed (if applicable).

The same adjustment can be made to Band B and C fines too. Look below to see the various adjustment rates.

What could a speeding ticket cost you?

The average speeding fine in 2015 was £188 with over 150,000 falling prey to speed cameras and traffic patrol units. With fines rising by 50 per cent the average fine could increase to £282. Although the £100 minimum, which is likely to be the most frequent fine, may reduce that average.

Using the UK’s average salary as a reference we will go through a few eventualities to explain the increased fines. According to the Office of National Statistics, the average salary as of April 2015 stood at £27,600. Read below to find out what you could pay if you earn the average UK wage.

The sentencing council quote a number factors that can increase or decrease the severity of your sentence should you end up facing a judge. Here below we list the factors that could work in your favour or land you with more points or longer a period of disqualification.

Further still, should you acknowledge your driving infraction and plead guilty to the offence, the court may reduce your sentence, taking into account all other circumstances.