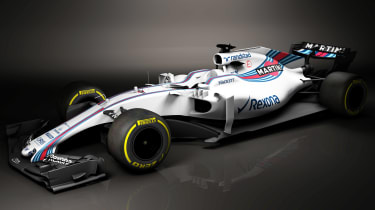 Williams has kicked off its 2017 F1 campaign by showing off its new FW40 entry for this year's FIA Formula One season. Named in recognition of Williams’ 40th anniversary in Formula One, the FW40 is our first real look at any of the 2017 cars, which have been subject to the biggest set of rule changes in nearly 10 years.

Thanks to some not-so-covert winter testing, we knew that Pirelli would be offering wider tires for the 2017 season, but these first images provide a first look at a broader set of aerodynamic changes including a lower, wider rear wing, a more acutely angled front wing and side pods, plus a wider floor. 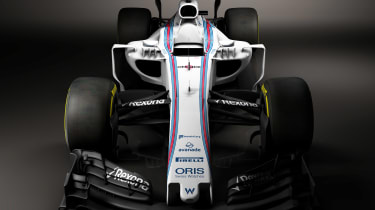 The F1 rule changes were brought in by the FIA to increase track speeds in a bid to boost excitement, a move augmented by changes to the noise rules. The FIA previously confirmed that the 2017 cars would have “higher-revving engines and increased noise”.

We will see the Williams FW40 in action for the first time at the first round of the 2017 F1 season in Melbourne with rookie Lance Stroll and veteran Filipe Massa in the hot seats on the grid. After the shock departure of 2016 World Champion Nico Rosberg from Mercedes Petronas, Williams number one Valtteri Bottas departed to take his place. That left a void which Williams filled with the experienced Brazilian, Massa who had just announced his retirement from the team but was persuaded to return to the seat vacated by Bottas.

The 2017 Formula 1 season will kick off in Albert Park, Melbourne on the March 26.