Electric supercar walked away with the overall fastest production car time, plus a lap record for driverless vehicles 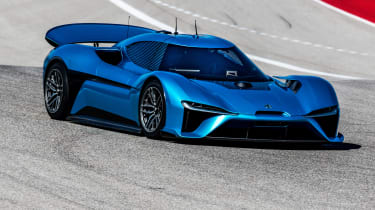 It may seem that electric supercars are ten a penny these days, with every motor show tempting manufacturers to bring their latest fashionable 1000+bhp green machines and stick them on display. The NIO EP9 appeared to be just another one of those machines – but the 1,341bhp monster seems to be different. Having already set the lap record for electric vehicles at the Nurburgring, it’s now taken home two records from Austin’s Circuit of the Americas. 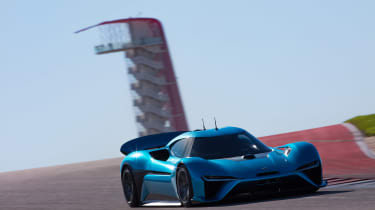 The NIO EP9 now holds the lap record for production cars around CoTA, with a lap time of 2 minutes 11.3 seconds, hitting a top speed of 170mph. However, that’s with a driver around the wheel.

Despite being slower, it’s arguably more impressive that the car managed to drive itself around the track in just 2 minutes 40.3 seconds, setting a record for driverless vehicles in the process.

The car’s driverless software was developed in just four months at NIO’s HQ in California – though the company itself is a sub-brand of the Chinese company NextEV.

With 1,341bhp spread across four inboard-mounted electric motors, the EP9 was never going to be slow. And it isn’t, with a quoted top speed of 194mph and a 0-124mph acceleration time of 7.1 seconds – although its 0-60mph time of 2.7 seconds is slightly slower than that of the Tesla Model S.

However, after its 7 minutes 5.1 second lap of the Nurburgring last year, the EP9 can legitimately call itself the fastest electric car in the world. These two CoTA records just further that accolade.