Force India’s new colours may look like an Eton mess, but it's hardly the most controversial paint job seen on the F1 circuit 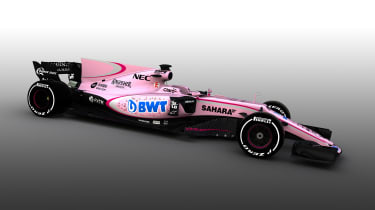 A last-minute sponsor change has left Force India with an interesting new livery on its 2017 Formula 1 car. Entering a new long-term partnership with Austrian water company Best Water Company, Force India has shunned its previous silver and orange livery in lieu of a striking pink, silver and magenta theme.

Symbolising Force India’s solidity in the sport, the livery change is an "a sign of how far [they] have come as a team with our strong results and completes a solid commercial performance over the winter.” says team principle Dr Vijay Mallya.

While the look is sure to make the new Force India stand out in the paddock this year, it also made us think about the best and worst liveries that have graced the Formula One grid in the past

Most controversial liveries in F1: 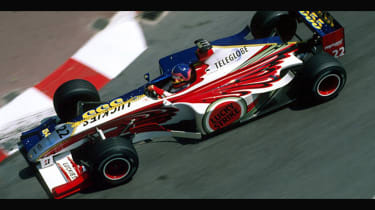 BAR or British American Racing wanted to launch its two cars in the 1999 season donning different liveries representing a different sponsor. However when the FIA stepped in to insist that both cars would have to run the same paint job, instead of redesigning it, they split the liveries right down the middle on each car.

A sign of BAR’s sense of humor perhaps, they even put a graphic zip down the join, but the jarring livery was not enough to improve the teams poor performance that year. Plagued with reliability issues, BAR finished dead last that year, unsurprisingly losing the controversial paintjob for the next season. 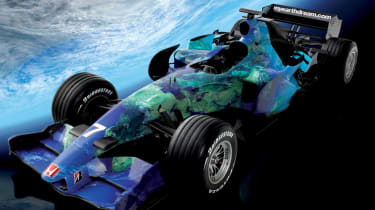 The ‘Earth Dreams’ Honda of 2007 was the first F1 car in 20 years not to feature any sponsorship on its bodywork, and you would think that as a result Honda would use this freedom to design something really cool.

Unfortunately, keen to emphasise Honda’s environmental friendliness, the earth dreams cars were painted with a blue/green livery that looked like jungle-covered landmass within an azure sea. Apart from just looking a little odd, the livery was a strange juxtaposition against what is at its core a highly polluting exercise. 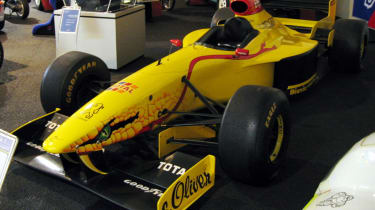 The iconic yellow livery associated with Eddie Jordan’s F1 team was always a striking contrast to the rest of the F1 paddock. However in the days of its sponsorship from Tobacco company Benson and Hedges, Jordan’s designers introduced a couple strange additions to the cars.

In 1997 the 197 car inherited a snakes head on the nose cone, with fangs dropping down onto the front wings. Perhaps taking inspiration from the painted spitfires during the war, Jordan often used the animal in question to rename its sponsors for the races in which tobacco advertising was banned dropping ‘Benson & Hedges’ for ‘Bitten & Hisses’. 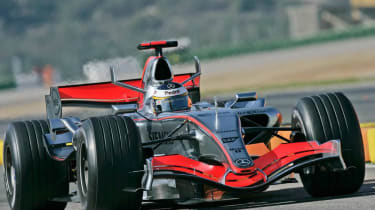 In the last years of the V10 Formula One era, teams were pushing the cars to their aerodynamic limits, but the extreme bodywork additions didn’t dissuade McLaren from introducing a new chrome livery to really make the car pop on the track.

The first of this type of metallic application, it was highlighted by orange chromatic stripes running up the body, giving the McLaren a markedly different look amongst the field. Since then, the use of metallic wraps has been pretty widespread throughout F1, but McLaren's first go was still the best. 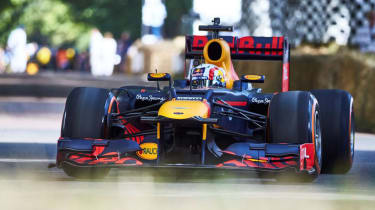 Ten years after McLaren's introduction of metallic wraps, Red Bull brought forward its idea of a new livery, by painting the RB12 car in a matte finish. Red Bull confirmed that despite the usual aerodynamic penalties of matte paint, there was no difference to the aero efficiency of its new car.

Now just one year later, 2 other teams have inherited a matt finish, with Force India confirming its use of a matte finish on its pink 2017 car, while Renault has combined both matte and gloss finishes on its black and yellow livery. 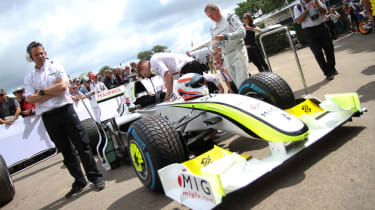 In the aftermath of what was Honda’s Formula One campaign, Ross Brawn decided to capitalise on the space left by launching his own race team based on Honda’s progress on the upcoming 2009 rule changes, only with Mercedes-Benz power.

The iconic white and chartreuse yellow livery was distinct by its lack of sponsorship. Unlike the Honda Earth Dreams car a few years before, Brawn slowly added new sponsorships throughout the year, eventually winning the 2009 season with Jenson Button at the wheel. Brawn GP was eventually turned into Mercedes-AMG Petronas and has dominated the sport over the last couple of years.