Could carbon-neutral synthetic fuels save the internal combustion engine and safeguard the future of the cars we love? 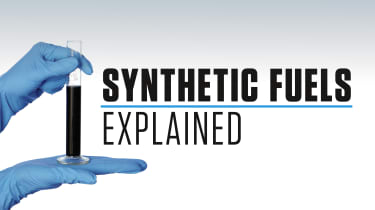 The announcement by the UK government that it hopes to bring the ban on the sale of petrol, diesel and hybrid new cars forward by five years to 2035 raises many questions, some of them practical. Will we have the infrastructure to support this rapid and large shift to electric cars? Can the car industry supply them? Will we have the required charge points and the capacity to power them, and will this electricity come from carbon-neutral, renewable sources – wind, solar, nuclear – rather than from power stations burning fossil fuels such as coal and gas?

The rise of EVs (Electric Vehicles) is seemingly irresistible, partly because of their efficient use of energy, which is far superior to ICE (Internal Combustion Engine) alternatives and hydrogen fuel cell vehicles too. Even if the electricity EVs use comes from fossil-fuel power stations, their effective CO2 emissions are still usefully lower. There is some argument over how ‘clean’ EVs are over their lifetime, though, including the impacts of mining the materials to create their batteries.

However, despite all the virtues, the unavoidable truth is that some forms of transport do not suit electrification. These are heavy load and long distance: container shipping, long-haul aircraft and long-distance road transport. The fundamental issue is that the energy density of current battery technology is poor compared to the liquid fuels currently used – diesel, bunker fuel and jet fuel – and would require such a volume and mass of batteries that they would be infeasible. For instance, according to Airbus, even with batteries 30 times more energy dense, an electric-powered A320 would only be able to fly for a fifth of the range of the current jet-engined A320 while carrying half its payload.

Aviation, long-distance shipping and road haulage aren’t going to go away, and even with improved fuel efficiencies they will still burn fossil fuels and generate CO2. This is why developments in carbon-neutral synthetic fuels could be so valuable, and the benefits could be enjoyed by petrol, diesel and hybrid cars too. 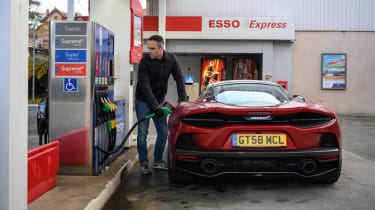 Who is developing this technology?

One of the companies developing carbon-neutral synthetic fuels is Bosch. It points out that around half the cars that will be on the road in 2030 have already been sold, most with petrol or diesel engines. ‘These legacy vehicles will also have their part to play in cutting CO2 emissions,’ it says. Even if volumes of carbon-neutral fuels are still ramping up, they are completely compatible with current fossil fuels and can be added to reduce the CO2 emissions, helping achieve climate change objectives. And for enthusiasts it offers hope that we can continue to use cars with internal combustion engines long after sales of new ICE cars have been banned.

Processes for creating synthetic liquid fuels have been with us for around 100 years and production is ongoing, stocks being derived from coal and natural gas. Carbon-neutral synthetic fuels can be manufactured in two ways. The first is using captured carbon dioxide or carbon monoxide from the atmosphere or an industrial process such as steel making, and synthesising it with hydrogen obtained from water via electrolysis. These are called efuels. The second category is synthetic biofuels, and these are created from biomass (such as waste from forestry) that is gasified before being catalysed with hydrogen using chemical or thermal processes.

What’s the difference between synthetic fuels and fossil fuels?

There are many benefits and advantages to these sustainable synthetic fuels. They can directly replace their fossil fuel equivalents or ‘drop in’, because their volume and energy density are very similar. This means they will work with current petrol and diesel engine technology and can use the established fuel infrastructure for storage and distribution. They are also cleaner than fossil fuel equivalents, creating fewer particulates and nitrogen oxides.

There are some downsides. They are currently much more expensive – around £4 per litre for efuel diesel and £0.80 per litre for biofuel petrol – though there is potential for reducing costs through innovative development. The other issue is that the many processes in creating synthetic fuels – extracting hydrogen from water and carbon capture from the atmosphere and synthesis – require energy, which must be from renewable sources if the fuel is to be carbon-neutral. 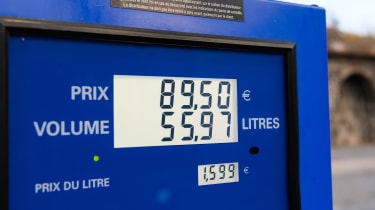 The driving force behind sustainable synthetic fuels will most likely come from aviation, shipping and road haulage. It could happen voluntarily or come about due to environmental pressure, but it will require development and upscaling. A report by The Royal Society, ‘Sustainable synthetic carbon based fuels for transport’, estimates that the additional sustainable power requirements to make jet efuel for Europe would be between 1400 and 2100 TWh per year. For context, in 2016 the total electricity generated in the EU was around 3000 TWh, of which 51 per cent was from sustainable sources.

It also concludes that bulk production of efuels will most likely be concentrated where sustainable energy is cheap and plentiful, such as west Africa with wind on the coast and solar in the desert. In Europe, Sunfire has an efuels plant in Norway using hydroelectric power to make what it calls ‘Blue Crude’, which it is aiming to produce at under €2 per litre. Sunfire also makes the point that its crude can be used to make not just carbon-neutral fuels but also any of 3000 products currently derived from fossil crude, from chewing gums and credit cards to trainers and smartphones.

Despite the UK government’s plans to pull forward the date for the ban on petrol, diesel and hybrid cars, some groups believe the switch to electric-powered vehicles is not going to be quick enough to meet its environmental objectives. Supplying carbon-neutral fuel for ICE cars, trucks and planes would be a useful step towards its carbon-neutral objective.

Where synthetic fuels are most needed

Synthetic fuels could be the answer to achieving carbon-neutral emissions in the following sectors. Based on current developments, it will be a long time before there are long-haul aeroplanes or huge container ships powered by electric, and maybe heavy goods vehicles too. 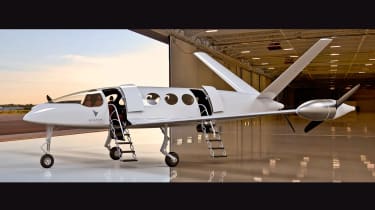 ‘Alice’ could be the first electric-powered commercial aeroplane. It’s a nine-seater from Israeli company Eviation and features three electric motors. It has a claimed range of 600 miles and should be in production later this year.

Scaling up to a full-size airliner is currently impractical because of the size and weight of the required battery pack; the numbers just don’t add up. Much more likely is the emergence of the hybrid aeroplane for short-haul and regional use. Airbus, Rolls-Royce and Siemens are collaborating on such a development project, using a BAe 146. One of the aircraft’s four Lycoming turbofan engines has been replaced by a 2700bhp Siemens electric motor hooked up to 2000kg of batteries. The hope is that electric power can be used for take-off, leading to less emissions and noise pollution.

However, long haul accounts for 80 per cent of aviation emissions and existing technologies cannot deliver the European Commission’s  goals for aviation by 2050, which include a 75 per cent reduction in CO2 and 90 per cent in NOx. Carbon-neutral jet fuel would, though. 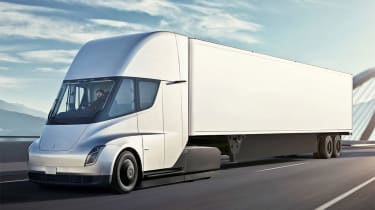 Companies in Europe, the US and China are developing prototype electric trucks to replace diesel for short- and medium-haul duties. Currently, only Tesla believes in electrification for long-distance road haulage. In 2017 it revealed the Tesla Semi, an impressively aerodynamic rig with an all-electric tractor unit. Tesla claimed a range of 500 miles (about half that of a diesel truck) and said that with the company’s proposed solar-powered ‘Megacharger’ network, the Semi would be able to top up its batteries for 400 miles in just 30 minutes.

However, the boss of Mercedes’ truck division said the Semi’s numbers defied the laws of physics, while a number of studies concluded that in the medium term at least, EV is not feasible for long-distance haulage because the mass of batteries required would amount to a third of the payload, and also because the charging infrastructure was not in place. In mid-2019 Tesla said it had 2000 orders for the Semi and would start low-volume production in late 2020, so we might not have to wait long to see if Tesla delivers on its claims. 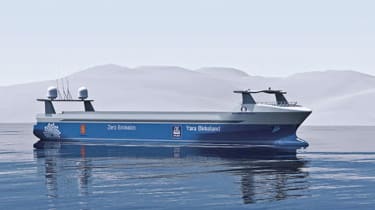 The world’s first electric container ship, the Yara Birkeland, commissioned by a Norwegian fertiliser manufacturer, should be operational by 2022. However, with a capacity of 120 containers it’s a relatively small ship and it will travel slowly on a commute of just 30 miles between ports in Norway.

In comparison, today’s diesel container vessels can carry 4000 containers (150 times more) over distances 400 times greater at three to four times the speed. To sail non-stop from Asia to Europe in 31 days, such a ship burns through over 4500 metric tons of bunker fuel. For an electric ship to make the same trip it would need to carry about 100,000 tons of lithium-ion batteries, which would take up about 40 per cent of the cargo space.