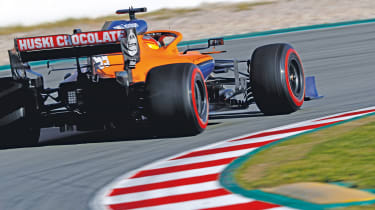 Formula 1 organisers have confirmed a start date for the revised 2020 F1 calendar, with the opening round due to be held at the Red Bull Ring in Austria from 3 July. In keeping with the proposed calendar F1 organisers announced last month, these initial European rounds will be held behind closed doors without spectators.

In order to try to make up for the events cancelled so far, the European rounds at the Red Bull Ring and Silverstone will consist of back-to-back race weekends, the latter from 31 July to 2 August, and then 7-9 August.

F1 organisers will release the remainder of the 2020 season in the coming weeks, reassessing the situation as the season moves to the American, Asian and Middle Eastern rounds that traditionally make up the second half of the calendar. Whether these rounds will be able to be run with spectators present will depend on the specific circumstances of each location and the Covid-19 health regulations at the time regarding social distancing and sporting events, but by the end of 2020, F1 organisers expect somewhere between 15 and 18 races to have been run.

There have been rumours of a reformatting of race weekends to run ‘sprint races’ on the Saturday in lieu of traditional qualifying with a reverse grid, but reports have surfaced of Mercedes-Petronas boss Toto Wolff being against the idea due to it being disproportionately unfair for the front-running teams. Rule changes made within the current season must be unanimously agreed upon by all the teams, meaning this change of format is unlikely to be realised.

While a return to racing is a welcome boost to F1 fans, both British weekends will need to adhere to government regulations on working practices, quarantine rules and social distancing. If these terms are not met, it might still affect the British rounds, especially considering the UK’s shallower downward infection rate curve compared to that of the rest of continental Europe. But while it’s now certain we won’t be able to attend an F1 round in Europe this year, we do finally have some sporting events to look forward to while watching from home.