An Aston Martin DB7 Zagato and the second ever UK delivered Porsche 911 will also feature in the Bond Street Sale on December 2. 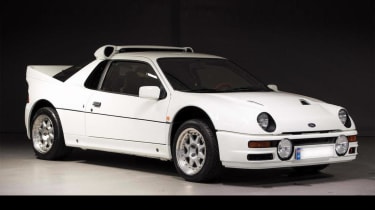 A blue-collar hero is set to star in a very white-collar auction when Bonhams Bond Street Sale takes place on December 2nd.

It’s not unusual to see rare competition cars go under the hammer at a Bonhams sale, but to see the Ford blue oval badge on that star lot is rather more unexpected, suggesting that the car in question is probably a little bit special.

The Ford in question is an RS200 'Evolution', a strictly limited version of the already rare RS200 road car. Ford only produced 24 of these Evolution models and this one is packing over 600bhp from its 2137cc Cosworth BDA engine. 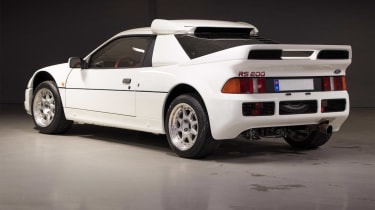 This specific example was sold to Mikal Norsdtrom in 1987 by Ford’s Competition Department and competed in period rally-cross and hill climb events across Scandinavia. The car is currently registered in Norway and comes complete with an original factory tool kit and all the requisite documentation.

Estimated to sell for between £180,000 and £240,000, it certainly represents high entry point into Ford ownership, but as a piece of Ford RS history it nearly sounds like good value.

The RS200 is not the only interesting car in the Bond Street Sale catalogue though, scroll down to see a few of our other favourites from the sale. 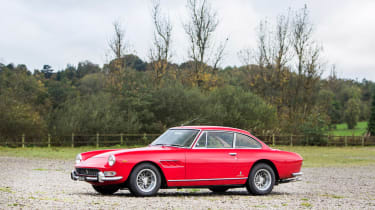 Generally thought of as the understated, sophisticated Ferrari, this right-hand drive 330 GT 2+2 coupe is one of only 37 RHD vehicles. Featuring the iconic 'Colombo' V12 engine, the 330 GT produced ‘over 300bhp’ and went up to a top speed of 152mph, making it the fastest-ever road-going Ferrari upon its release.

Seen here in the classic combination of Rosso paintwork complemented with a beige leather interior, this example has a full maintenance history and is considered fully restored. It is expected to sell between £220,000 – 280,000. 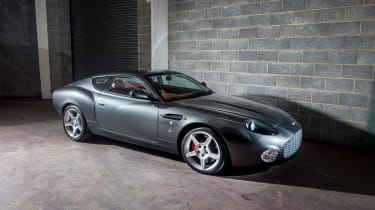 Aston Martin’s long association with Zagato has led to some spectacular models in the past. The DB7 Zagato was designed and built in 2004 as a dynamic re-body of the sleek DB7. Hand-built by Carrozzeria Zagato in Italy, before being transferred to Aston Martin for final assembly and finishing, the Zagato aimed to rekindle the romance of previous Zagato bodied Aston Martins but in a contemporary context. 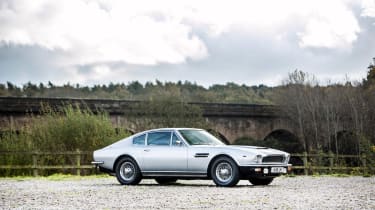 Aston Martin has just launched the all-new Vantage, but here is one that it prepared earlier - around 45 years earlier. The 1973 Vantage coupe was renamed from its previous DBS nomenclature after the departure of Sir David Brown from the company. Initially designed to use a V8 engine, this Vantage’s inline six may have lacked the V8’s headline figures, but the lower kerb weight helped it regain crucial appeal from sporting drivers.

This specific example is one of only 70 produced and was fully restored in 2014 brining engine capacity up to 4.2-litres in the process. Believed to have a total mileage of around 48,000 miles, this ‘last of the line’ inline-six Aston Martin is considered to be in such good condition it was used by the firm during the launch event of the DB11 back in 2016. 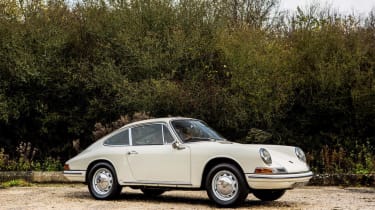 Yes, it’s another Porsche 911. But this one is special, we promise. Aside from just being a very early build model, this specific car is in-fact the second-ever UK delivered Porsche 911. For a model that is so important, not only to Porsche, but the evolution of the sports car, that’s a big thing.

Manufactured in July 1965, chassis 301930 was also noted as being a short-wheel base model, making this completely unmodified car a very rare entity indeed. Finished in a wonderfully retro warm, non-metallic white, this 911 has been verified as completely original, making it extremely attractive to any discerning Porsche 911 collector.