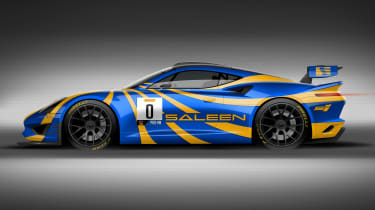 Saleen is a little-known brand in the UK, but has produced some fairly impressive machines in its time. Founded over three decades ago in 1983, the US manufacturer’s most successful creation was the S7, designed to compete with the globe’s most exotic metal on both the road and track. After a period of silence, it appears the brand’s back…

Despite the success it saw with the S7, Saleen went rather quiet between the end of S7 production in 2009 and today, when it revealed the S1. Featuring a 2.5-litre turbocharged four-cylinder, the mid-engined, two-seat sports car marks a new beginning for the marque, and forms the basis of its next track weapon.

Though it won’t quite be the Le Mans-conquering machine the S7 R was, Saleen has unveiled plans to create a GT4 racer based on the S1, fettling the model to fit SRO (Stéphane Ratel Organisation) regulations. Adaptations will include the addition of more advanced aero (splitter, wing and diffuser), as well as various features required for GT4 racing, such as improved traction and anti-lock braking systems.

The racer will feature a smaller-capacity turbocharged four-cylinder than the road car, at 2.2 litres, producing around 450bhp and 350lb ft of torque. If performance of the road car is anything to go by, it’ll be no slouch – 0-60mph comes in just 3.5sec, with top speed at 180mph. 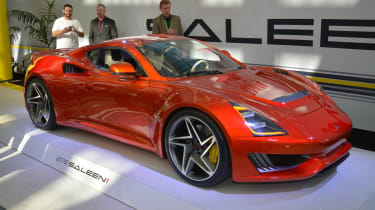 CEO and founder of Saleen Automotive Steve Saleen said: ‘We developed the Saleen 1 to be fully capable on the track and easily adapt to racing applications. Our company was founded on racing DNA and the track is where we prove our reputation. We look forward to completing the homologation process with SRO and seeing these cars compete at GT4 events around the world.’

Though currently only in concept form, plans are to begin taking orders as soon as homologation has been passed, when production will begin in the brand’s Californian facility. Prices will start from around $225,000 (£170,000).