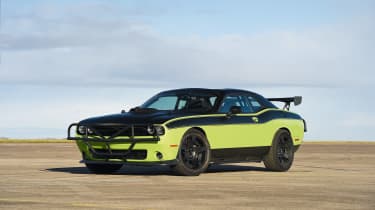 The Fast & Furious movie franchise is about to leap from the big screen into a live arena show. Officially opening on 19 January 2018 at the O2 Arena in London, with preview shows in Liverpool the week before, the show will then tour a further 14 countries over the course of the next nine months, with further dates to be released.

evo recently went behind the scenes with the show’s drivers, choreographers and producers to get a sense of what fans of the films can look forward to at the tour’s many dates.

The show is the brainchild of Rowland French, who has developed a unique skillset in what he calls ‘live automotive theatre’ and whose CV includes the Top Gear Live arena production. During its four-year gestation, French has developed a new storyline for Fast & Furious Live, but one with plenty of recognisable scenes that fans will be able to relate back to the film series.

Showgoers can expect to see their favourite cars from the franchise, such as the Dodge Charger ice-racer and the V8-powered Flip Car, and where the actual movie cars were unable to be sourced, replicas have been made. Chris Burns, head of vehicle procurement and lead stunt driver, explained that of all the cars he had to build, it was, amazingly, the three black Honda Civic coupes from the opening sequence of the first film that were the most challenging. ‘It is hard enough to find cars like three identical solid Honda Civic coupes,’ he explained, ‘but finding the parts required to turn them into the cars you recognise from the screen is even harder.’