Following a review of the MOT exemption period for new cars, the government has kept the current three-year rule 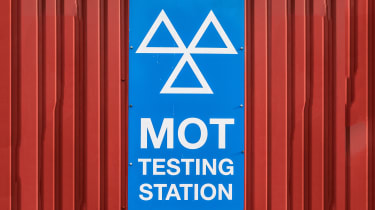 The government is to retain the three-year MOT exemption period for new cars, subsequent to a proposal to extend the period to four years.

The theory behind the proposed extension was based on improved build quality of modern cars and falling MOT failure rates, justifying a longer period leading up to a new car’s first MOT. A survey consulting individuals, businesses, trade and public bodies provided the consensus upon which the government decided against the extension.

Public response to the survey was fairly one-sided: 73 per cent were against an extension, with many citing consumables failing or deteriorating below acceptable safety standards as a reason to maintain the three-year interval. The Department for Transport’s research reflected these reservations. The majority of MOT failures are caused by consumables – such as tyres, brakes and lights – falling short of set safety standards outlined in the MOT.

Savings in excess of £100million were projected for 2 million drivers who’d be financially better-off if the proposed change was carried forward. However, the savings were considered nominal by many, who thought the safety aspect outweighed any potential financial gain. The DfT did discover that 85 per cent of cars pass their first MOT.

While the changes haven’t gone through, Jesse Norman MP, Parliamentary Under Secretary of State for Roads said; ‘While the changes proposed in this consultation will not be taken forward at this time, further research will take place in the near future’. He went onto to say, ‘Although modern cars are better built and safer than when the MOT test was last changed 50 years ago, there has been a clear public concern that any further changes don’t put people’s lives at risk’.