The first day of the Silverstone Auction September sale is dedicated to Porsches, but the second day has plenty of desirables, too 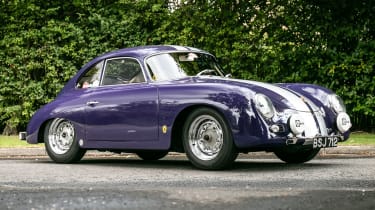 On September 28, Silverstone Auctions will be hosting its annual Porsche sale where a range of rare and sought-after 911s and 356s are set to go under the hammer. But if Porsches aren’t your thing, don’t worry, as the day after sees another auction full of both classic and more modern machinery.

A star lot is one-of-six right-hand drive Porsche 356 C Carrera 2 2000 GS that’s up for sale. Its rarity and large guide price of £550,000 to £650,000 are definitely noteworthy. But there are other, cheaper, more common Porsches in the first day of the auction that look even more exciting.

If it’s older Porsches that do interest you, the rally-prepped 1958 356 A in the sale looks like the perfect driver’s classic. Featuring a set of tiny bucket seats, all the timing gear you need for a regulatory rally, some suspension modifications and a hot 1720cc engine, it’s ready to be enjoyed on an endurance event or just on a twisty B-road. It’s considerably cheaper than the aforementioned GS too, with a guide price of £65,000 to £70,000. 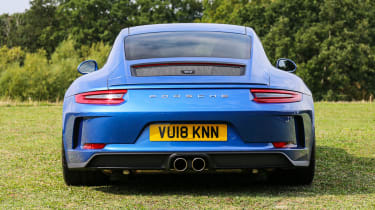 It might be considerably newer and undoubtedly faster, but the 2018 Porsche 911 GT3 Touring in the sale has a similar attitude to the outlaw 356 A – a smooth subtle body over a car designed for fast road driving. This Touring has only covered 400 miles so still hasn’t been properly run-in and is almost brand new. That usually hints at a massive premium over a new car, but the estimated price for this car is £150,000 to £175,000 – still over £30,000 more than the car was new, but not the obscene prices people have asked for GT3s in the past.

Some of the most extreme Porsches in the sale aren’t, in fact, Porsches at all, they’re Rufs. Ther two cars are a 993-based BTR2 – with a 420bhp single turbo air-cooled flat-six – and a 996-based RTurbo. This second car was used by Ruf in its promotional film staged at the Nürburgring in the early 2000s. In an homage to its famous Faszination on the Nürburgring film, where Stefan Roser expertly piloted a Ruf CTR Yellowbird around the 12.94-mile Nordschleife circuit, the newer film featured this yellow RTurbo in similarly spectacular fashion. The RTurbo is expected to sell for between £180,000 and £220,000 while the BTR2 expects to fetch £150,000 to £200,000. 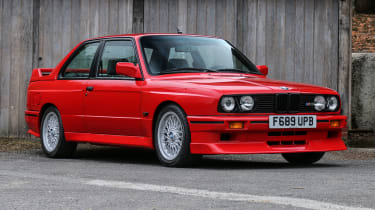