Toyota to return to BTCC in 2019 with new Corolla 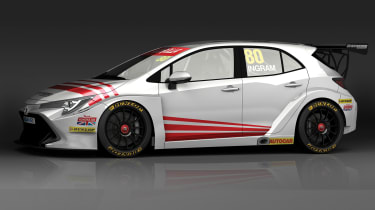 Ahead of the road car’s debut in UK showrooms, Team Toyota GB has announced plans to run its new Corolla in the 2019 BTCC with Speedworks Motorsport. It will be piloted by two-time BTCC Independent Champion, Tom Ingram, who posted nine victories and regular front-running performances in the Toyota Avensis, attaining both the Independent Team and Driver trophies in 2017 and 2018.

The racer will be built at Toyota’s Burnaston factory in Derbyshire alongside the road car and will make its track debut next April. Cheshire-based Speedworks Motorsport has gained a reputation as being the BTCC’s leading giant-killers since it entered the series in 2011, meaning the Corolla should be in safe hands.

In the Corolla GT Coupe, Chris Hodgetts previously claimed back-to-back championship titles in 1986-87, with Team Toyota GB remaining a front-running force in the competition through to the mid-1990s. 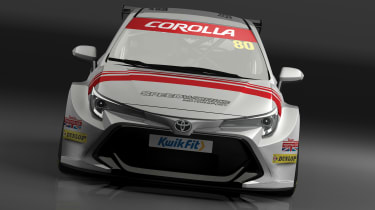 The road-going Focus-rival has sold more than 45 million models worldwide to date, making it one of the world’s most popular cars. Replacing the Auris, the Corolla model name will make its first appearance in the UK since 2005 and is expected to be available with a multitude of powertrains, including a new 2.0-litre self-charging hybrid electric.

Andrew Cullis, Toyota GB Marketing Director, said: “Speedworks Motorsport and Tom Ingram have a winning track record and we look forward to working with them throughout the coming season.” The new Corolla will make its track debut at the opening round of the 2019 season at Brands Hatch on 6-7 April.