Limited to just 400 units, the Munich brand has unveiled a special edition of its luxury flagship coupe 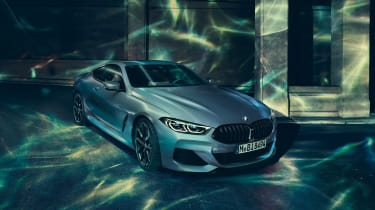 Receiving new features from BMW Individual, the marque’s equivalent to Porsche Exclusive Manufaktur, the 8-series has gained a limited-run special edition. Tweaks can be found on the interior as well as the exterior, however you’d better get your order in quick, as just 400 of the models will be produced when it’s launched in the spring.

As if the range-topping 523bhp M850i wasn’t special enough, BMW set to work on this special edition, adding an exclusive ‘Frozen Barcelona Blue’ metallic paint finish never seen before on a car from the brand. BMW Individual has also added black window surrounds, kidney grilles, intakes and exhaust surrounds for more aggression – the same 20-inch wheels found on the standard car are also finished in gloss black to match. If this still isn’t enough for you, you can also add an optional carbonfibre roof and exterior package should you desire.

Inside, the car receives a full leather BMW Individual interior finished in a fetching Ivory White/Night Blue colour combination. The leather-covered steering wheel and Alcantara roof liner are also both finished in an exclusive blue shade. A plaque in the centre console reminds you of the model you’re in, with ‘First Edition 1/400’ lettering. An upgraded Bowers & Wilkins sound system, as can be also be chosen on the standard car, is featured on all First Edition M850i cars. 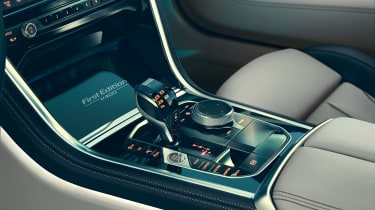 The model won’t see any performance upgrades, sporting the same 523bhp 4.4-litre twin-turbo V8, eight-speed automatic gearbox and xDrive all-wheel-drive system found in the standard car. The 0-62mph sprint does still come in an impressive 3.7sec however, with an electronically limited top speed of 155mph.

The M850i xDrive Coupe First Edition will be launched in the spring, with just 400 examples to be produced at the brand’s Dingolfing plant between April and June 2019. Pricing details are yet to be announced.