Remember the '30 Jahre' edition M5? Well, BMW’s back at it again with the strictly limited BMW M5 Edition 35 Years 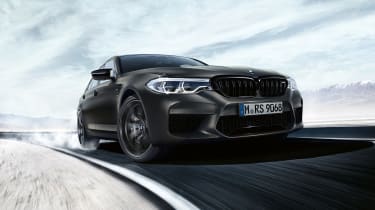 Three-and-a-half decades have gone by since the inception of the world’s first proper performance saloon, so to celebrate the occasion, BMW has turned to its Individual department for a special edition of the F90-generation M5.

Similar to the 30 Jahre edition of 2014, this anniversary car is no simple numbered plaque and stickers job, but instead features details you’ll never find on an ordinary M5. This does come at a cost though, as it’ll likely exceed the £100,000 mark and is limited to a mere 350 units.

Based on the range-topping M5 Competition, a twin-turbocharged 4.4-litre V8 sits ahead of the driver, powering all four wheels for optimum grip, or just the rears at the press of a button, should you want to have some fun. The Edition 35 Years doesn’t see any gains in power, but with a 3.3sec 0-62mph time and 190mph top speed (with the M Driver’s pack), we feel 616bhp and 553lb ft of torque is plenty enough. 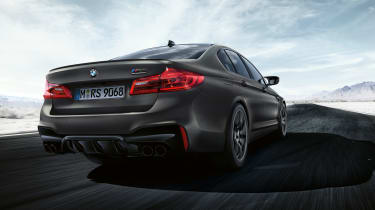 Exclusive to the anniversary car is BMW Individual Frozen Dark Grey metallic paint, featuring a special pigment to give it a unique satin finish. Graphite Grey 20-inch wheels with either black or gold calipers (the latter only available with ceramics) are also unique to the car, setting it apart from any other M5 from the get-go.

Inside is where it gets interesting, with the instrument panel, centre console and sections of door trim receiving a rather bold, BMW-first anodized aluminium gold carbonfibre effect, exclusive to the Edition 35 Years. Black Merino leather with beige contrast stitching, and of course, laser-engraved door sills bearing the M5 Edition 35 Jahre name, also feature. Each car will also receive its own unique number, emblazoned on the cupholder. 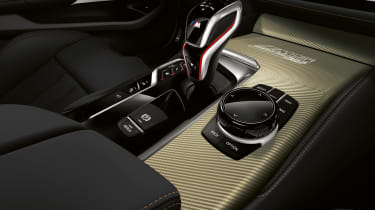 Six generations of the model have come onto the market since its debut in 1985, where BMW did the unthinkable and put the same six-cylinder engine found in its flagship sports car under the bonnet of its comfortable family saloon. It might have seemed an unusual concept at the time, but it’s safe to say it was well received.

Pricing is yet to be announced, but as it’s based on the £96,205 M5 Competition we’d imagine the figure will exceed £100,000. But with only the 350 examples being made, you’ll have to move quickly if you want to get your hands on one when order books open in July.