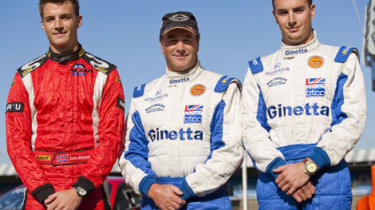 At 4pm local time Nigel Mansell will make his first appearance on the full 8.47-mile La Sarthe circuit in the opening free practice session for the 2010 edition. He has his work cut out today as both he and his son Greg will have to complete ten laps to qualify. His other son, Leo only has to do three laps for the family team as he raced there last year in a GT2 Ferrari.  The 1992 F1 world champion is certainly jumping in at the deep end as the Ginetta Zytec is running in the LMP1 class, which mean their rivals include the works Audi and Peugeot teams. Oh, and it’s going to rain later.