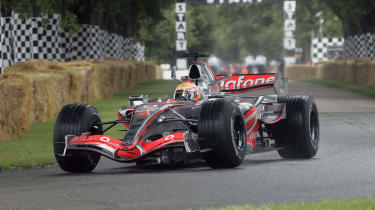 Dunlop is due to bring together a selection of winning cars from the world of motorsport with their former drivers at the Goodwood Festival of Speed, from July 11th to 13th.

The drivers, of whom the highlight will be Sir Stirling Moss and his 1953 C-Type Jaguar (the first car with disc brakes), will take part in a series of interviews and live shows in the Stable Yard at Goodwood House. Other notable drivers include five-time Le Mans winner Derek Bell with the Porsche 962, Frank Biela and his Audi A4 Quattro as well as the first rider to achieve a 130mph average speed around the Isle of Man TT, John McGuiness on his 2007 winning Honda.

The shows will take place on the Dunlop stand, situated in Stable Yard area in the grounds of Goodwood House. The timetable for the live shows will be published on www.driversknow.co.uk/goodwood.