Car of the Year 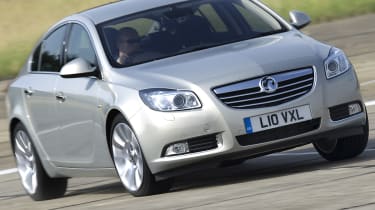 The closest ever finish at European Car of the Year has seen Vauxhall's Vectra-replacing Insignia walk away with the prize. It claimed 321 points, with the impressive new Ford Fiesta - a favourite to clinch the title - just inches behind on 320. The mk6 VW Golf picked up third place on 223 points.

Our very own John Simister was one of the judges. He placed the Fiesta top (giving it a maximum ten of his 25 points), with the Skoda Superb second on six and the Alfa Romeo MiTo third on four points. Along with the rest of the UK's judging representitives, John placed the Insignia low down in his scoring - and it didn't make his shortlist for the seven finalists.

The award is rarely awarded without controversy, with only a handful of winners - such as the mk1 Ford Focus - picking up the gong with few detractors. The Insignia's close margin, especially over the much-celebrated new Fiesta, mean it will doubtless go down as one of the more controversial choices as CotY.

Several weeks ago news broke of Alfa Romeo's MiTo winning the award, however these were based on an Italian car award which was misinterpreted by areas of the press. The publicity will have done the MiTo a world of good, though, the car itself coming fifth in the final shortlist.

The finishing order is as follows: