Evo's sister magazine is racing a Jaguar D-Type across Europe. Can it beat the Orient Express to Venice? 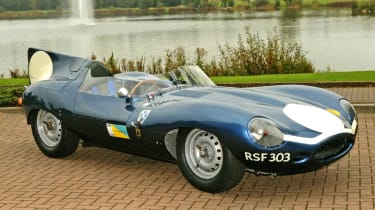 Influenced by the trans-European train races of the '20s and '30s, Octane magazine is racing a famous Jaguar Long Nose D-type against the Orient Express.

The two left Victoria train station yesterday morning and are due to arrive in Venice around lunchtime today - roughly 29 hours later. Robert Coucher, editor of Octane is driving alongside the car's owner, Jonathan Turner.

Both the car and train are fitted with on-board tracking devices, allowing us to follow their progress throughout the race. For live tracking click here.

The car they'll be driving is RSF 303, built in 1956 and driven by Mike Hawthorn at Silverstone that year. In 1957 the car was sold to Ecurie Ecosse, placing first at St Etienne and second at Le Mans.