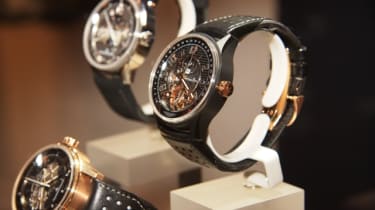 November 11 to 13 sees SalonQP take place at Central London’s One Marylebone. It’s London’s only event devoted to fine watches, and after the success of 2009’s inaugural event, the bar is set to be raised this year with plenty of brands and ateliers confirmed, including A.Lange & Söhne, Backes & Strauss, Bell & Ross, Cartier, Girard-Perregaux, Panerai, Vacheron Constantin and Zenith. There will also be the world debut of a new piece designed by Dr George Daniels CBE in collaboration with his former apprentice Roger Smith. It’s said to be one of the most important launches of the decade. Ticket prices start at £20, and you can order them by clicking here.